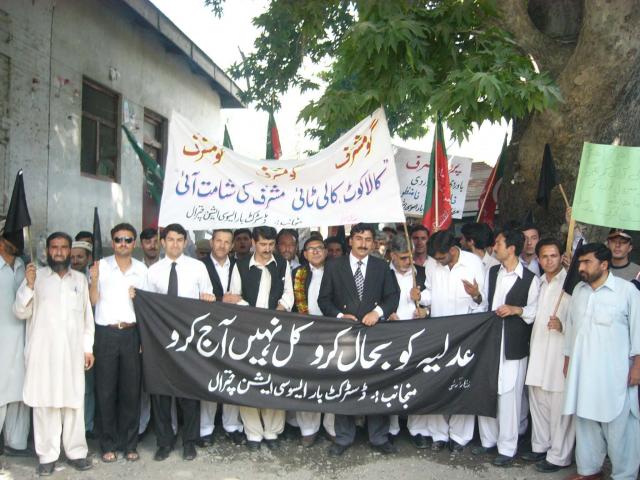 The speakers declared  that this is crusade and movement of lawyers  for protection of the country as well as for restoration of constitution and reinstatement of deposed Judges including Chief Justice Iftikhar Muhammad Choudhry who is national here because of protecting Steel Mill of Pakistan from budding on a cheap price. The speakers demanded for accountability of former Prime Minister Shoukat Aziz and his allies for Bankrupting the country and weakening it economically who already elope from the country. They determined that Lawyers movement will be continuing until reinstatement of deposed Judges and restoration of constitution. The delegation was seeing off by a large number of civil society including lawyers and people belonging to all walks of life.