Chitral Union of Journalists framed.
CHITRAL: In order to highlight Chitral’s issues at the local and national level and to promote healthy and professional journalism, a group of young media persons have announced their decision to establish a platform named as Chitral Union of Journalists (CUJ). The decision to set up CUJ was taken at a meeting of the journalists held at a local hotel the other day. The meeting discussed different issues faced by the journalists especially the youth who want to adopt the profession and make journalism as a career. The CUJ would be used as a platform by professional journalists and writers for highlighting the issues of Chitral. It will also provide an opportunity to the young and educated journalists so that they can also use their potential to make a niche for themselves in the field of journalism. The CUJ will also work to promote professional journalism in Chitral. The meeting also decided to from an interim cabinet of CUJ which will work for a period of three months. The cabinet comprises Gul Hamaad Farooqui, president; Kamal Abdul Jamil, general secretary, and Bashir Hussain Azad, treasurer. – 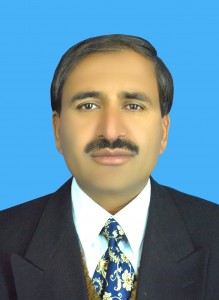