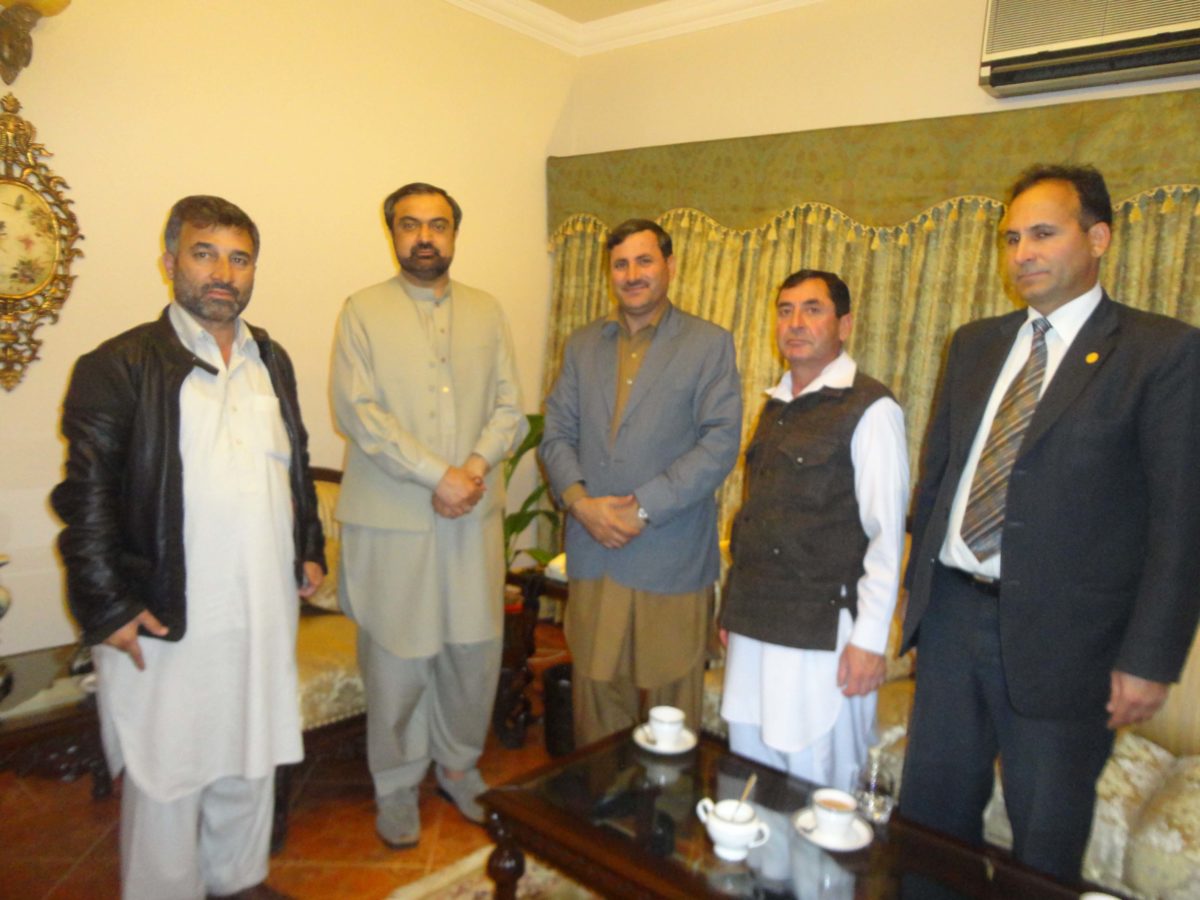 CHITRAL:   A delegation of Chitral people meets governor Khyber Pahtonkhwa (KPK) Engineer Shaukatullah Khan. Chitrali delegation discussed various issues facing to Chitral people with Governor KPK. The meeting was held at KPK (Pahtnkhwa house) Islamabad. Delegation requested Governor being a representative of federation for speedy work on Broghul and Torkho road. As well as he was requested for early maintenance of roads linked to Kalash valley Bumborate, Rumbor and Berir because its road has been damaged in August but still not restored for heavy traffic. They urged on changing of schedule for light and heavy traffic thorough Lawari tunnel because if both heavy and light vehicles crossing the tunnel at a time it creates problems for passenger due to thick smoke inside the tunnel. They also demanded for opening of Lawari tunnel at least 3 days a week. Delegation briefed KPK Governor that there are 54 colleges (private and government) at Chitral  but existing only two campus of Abdul Wali Khan and Shaheed Benazir Bhutto University which not fulfill requirement of Chitral students. They demanded for establishment of a full fledge university at Chitral having potential for requirement of university. They also discussed various problems reflecting to Chitral border police and requested Governor for implementing a uniform policy of retirement for these border police like police and scouts, paramilitary forces. Delegation comprising over former PPP Leader and  provincial Minister Saleem Khan, Suleman  Shah, Sardar Hussain, Javed Akhtar of Drosh, and Arshad Shaheen of Dir upper. The governor assured Chitrali delegation for rendering his full support as well as their problems will be discussed with president and federal government for immediate relief and its redresses. 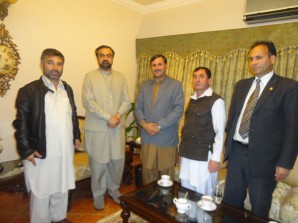