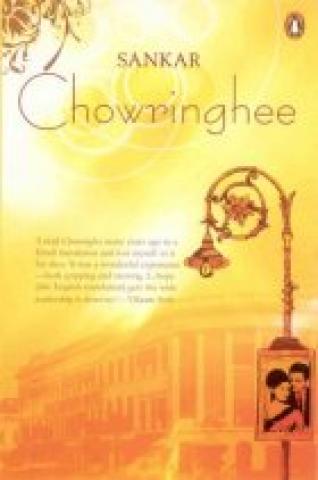 Some hotels have history etched all over them. The Imperial or the Maidens in Delhi, the Grand and the Great Eastern in Kolkata, the Cecil in Shimla for instance. Eminent personalities stayed in these places, delicate negotiations took place there and the history of many of us is shaped by papers and documents drafted in the lobbies of these grand edifices. The eminent Bengali author Sankar has woven a tale around a fictitious hotel, the Shahjahan Hotel which he portrays in his book, Chowringheei, which is as much as about the evolution of the city of Calcutta as about the decay of the hotel which is a thinly disguised veneer of a legendary Calcutta Hotel.

The book is all about Calcutta and the glitzy Shahjahan Hotel in the 50s and centers around the lives of the hotel manager Marco Polo, the receptionist, Sata Bose, the narrator Sankar himself and an Anglo-Indian private detective, Byron. Through their lives, the author sketches the lives of the expatriate community in Kolkata and their pathos, the fractured Anglo-Indian community looking for an identity and prominent society figures seeking to lead another kind of life behind the hotel façade.

Guests staying in the hotel, performers gracing the hotel for a season as also the employees have a past.  like for instance the story of Dr. Sutherland a guest working with WHO’s small pox eradication program but also looking for hi roots in a dilapidated Calcutta slum, the progeny of a pauperized English bar woman working in the Shahjahan Hotel in another era and an English patron of the Hotel who was hounded out of the class conscious society of the time but found acceptance in the local Bengali community before dying of small pox in their hut abandoned by all by the local Anglican priest and the local urchins. Similarly the lonely, strict but fair manager Marco Polo is on an unending search for his wife, a small time night club singer who made easy money in the shadow of the Second World War and then left him for an American soldier.

Connie is a glamorous cabaret dancer specially procured by the hotel to perform for its wealthier patrons and every night she puts on her mask ands dances to pleasure the assembled guests accompanied by her dwarfed brother, helplessly watching his sister being ogled and heckled. Every morning, she is the loving sister always consoling and comforting her brother because they have no choice in the act they have to put on because they come from a poor family back home and have no other skills.

If the author is sympathetic to his major characters and paints them as tragic actors caught in life’s cameo, he also has a lot to say about the so called Page 3 people of the 50s, who patronized the hotel and their dubious morals, ethics and practices. Phokla( gap toothed) Chatterjee, Mr. Pakrashi the businessman and  Mrs. Pakrashi the fork tongued wife represent the henchman, the godfather and the fork tongued society lady who entertains lovers in a hotel suite by night and runs seminars on women’s’ welfare by day.

Chowringhee, with its multi layered but very human story line and detailed narrative is to the hotel industry what Khwaja Ahmed Abbas’s Mera Naam Joker is to the circus industry and was similarly made into a into a classic movie starring the legendary actor Uttam Kumar. Chowringhee is a memorable book with characters that will stay with long after the book has been put down.