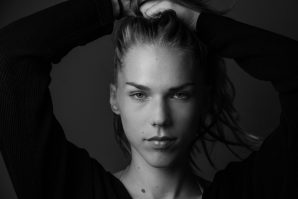 Christin Muuli (25), originally from Estonia is a Los Angeles based actress, who moved to the States 6 years ago to chase her dreams of acting career. Between those 6 years she’s received a Bachelor’s Degree in Acting from New York Film Academy, had her first red carpet screening at the Chinese Colby Theater in Hollywood and the creation of hundreds of short films and building of her network.

What does it take to start from zero and make it to where it is you’re currently at?

“I’m not going to lie, it takes quite a bit of determination and there are big sacrifices involved to be doing what I love. The grass is always greener on the other side. As a working actor there’s no better place to be than Los Angeles in my opinion. Each day brings endless opportunities, but for me to trip over one has solely to do with a chance and how prepared I am for that opportunity. My luck is all in my hands. If I’d say anything about my success at all, I’d give credit to my continuous focus and hard work. Also, I wouldn’t be here without the support of my family and friends.”

Los Angeles is filled with competition and known for being tough. Why acting? 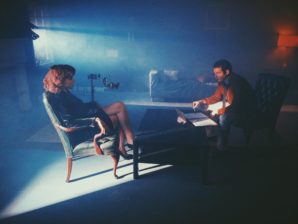 e fair, I quite randomly walked into the profession of acting, when I first visited New York in 2010 to begin my studies in design management. My whole life I’d been dancing and/ or seeing the growth of my parents business ILUUM, which is a sporting goods company specialized in the manufacturing of nordic walking poles (палки для скандинавской ходьбы). I grew up seeing my mother putting together designs, my dad doing graphic work for the poles etc, it seemed only natural that I continue in their path of design. But little did I know, as often is the case, this wasn’t my passion and I so happened to walk into New York Film Academy that trip to New York. I never looked back. My 18 years as a dancer transitioned from stage performances into something more psychological such as acting in front of a camera.” 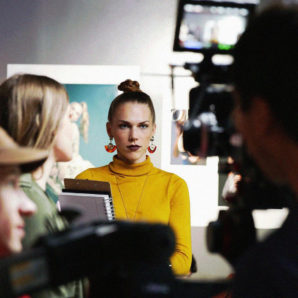 “I’m not lying when I say each day is very different. I’ve set my own routine to stay in balance. I swim in the mornings, do a session of intense Spanish learning, breakfast if there’s time and the following changes each day. Sometimes instead of breakfast I’d be sitting in the crazy traffic on my way to a film set at 6am. Other days I’d sit behind my desk hands full on graphic design work or ‘putting on the hat’ as the creative director for ILUUM. I attend on average 4-8 meetings a week, since I also work as a production designer. I audition about 5 times a week and I take acting classes on weekly bases. When it comes to free time I try to read as much as I can, surf, visit museums, go camping, spend time with friends at sports bars etc.”

What are some most memorable moments in your career so far?

“Not sure if my origin from Estonia has anything to do with it, but I have a great network of talented Russians around me who I constantly work with, the brilliant cinematographers Konstantin Frolov and Dmitry Fursov to name a few. Only recently I had the privilege to work on a music video with the talented Russian cinematographer Artur Gubin, whose eye for detail seizes to amaze me. I had a chance to attend a red carpet screening of the film “Color Blues” (2016) by D. Hebrero at the Chinese Theater in Hollywood 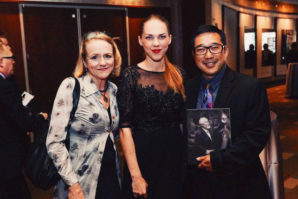 , where I played a supporting role and gained recognition over 10 film festivals all over the world. I mentioned my other profession as a production designer before, I also work on many productions with an award nominated production designer Lawrence Kim, the researcher for the latest Star Trek (2009).  Through hard work I received an invitation from Lawrence to the red carpet event for AFI Lifetime Achievement award for John Williams (the composer for Harry Potter, Star Wars, The Simpsons to name a few). There I had the chance to hear the wise words by the legends Steven Spielberg, J.J. Abrams, George Lucas, John Williams, and Tom Hanks, Harrison Ford etc. My whole journey as an actor is a memory in itself.”

Christin doesn’t plan on stopping there, she’s currently preparing for two other lead roles in films we’ll hear more about next year. She’s confident in her field as an actor and is ready to make history.