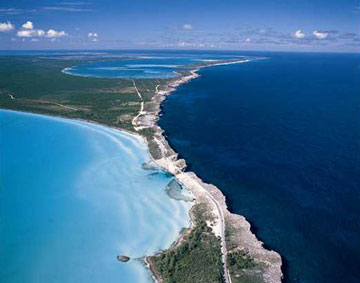 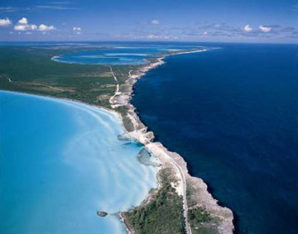 Climate change seems to make headlines every day, but for many Americans its effects — rising sea levels, disruption of the marine ecosystem and an increase in natural disasters in low-lying areas — still seem a faraway problem. Out of sight, out of mind.

In small island nations around the world, though, climate change poses a persistent and grave threat to the wellbeing of the social, economic and ecologic community. Not only do island communities bear a greater impact of climate change’s effects, but they also possess limited resources with which to defend against climate disasters.

The Bahamas, an archipelago of 700 islands and islets located just an hour’s flight from Miami in the Caribbean Sea, is one of these at-risk nations. Often thought of as nothing more than a financial center and popular tourist destination, The Bahamas is also a nation of nearly 320,000 people, most of them indigenous. Climate change has put this population under duress.

Now the Bahamian government, along with a few influential island residents like Banque Pasche CEO Christophe Mazurier, have committed to adapting in order to avoid the changing climate’s wrath. The public-private collaboration will identify the main vulnerabilities and define a national, inclusive program for the Bahamian archipelago.

Since nearly 80 percent of Bahamian land area is a less than meter above sea level, the rising waters are a major priority. The Intergovernmental Panel on Climate Change predicts the water level will rise 80 centimeters to a meter over the next 50 years. Over 60% of the Bahamian economy is tourist-based, and projections show that one-third of tourist facilities are under threat in the medium-term, like 38% of airports, 14% of roads and 90% of the archipelago’s port areas.

Though sea level is the most obvious and pressing challenge, Mazurier and the taskforce identified other, more insipid threats for The Bahamas. Due to the gradual increase in water temperature, the famous Bahamian coral reefs are overwhelmed and will continue gradually deteriorate if not protected.

Indeed, the larger marine ecosystem is under fire. Fishing and agriculture make up a significant percentage of GDP, and both fields and fisheries will be upset by the rising, warming waters and unpredictable weather patterns. Seas erode arable land and add an unwanted salinity to the earth, while the biodiversity of island flora and fauna could also be compromised. Those rising waters may also infiltrate the archipelago’s delicate freshwater reserve, which due to a lack of rivers and springs comes almost exclusively from precipitation.

Since 2012, Bahamian Prime Minister Perry Christie has joined forces with 14 Caribbean island states to develop an action plan toward climate change adaptation. In less than a month, the Bahamas will meet with an international coalition of island states to discuss practices and solutions for adaptation.

Mazurier is hopeful that the influence of private businessmen like himself will awake the larger international community to the front-line struggle of island nations like The Bahamas.

“Alone, they remain powerless,” Mazurier said. “The international community must wake up and act now to support the Bahamas and other island microstates (especially in the Caribbean, Indian Ocean or the Pacific), which are the first identified victims of global warming.”

Filed under: News, World
Share Tweet Pin G Plus Email
previous article: Willem Vedovi : an art expert who has made a professional success out of his passion
next article: Army sets up various facilities for displaced people affected by Pak shelling