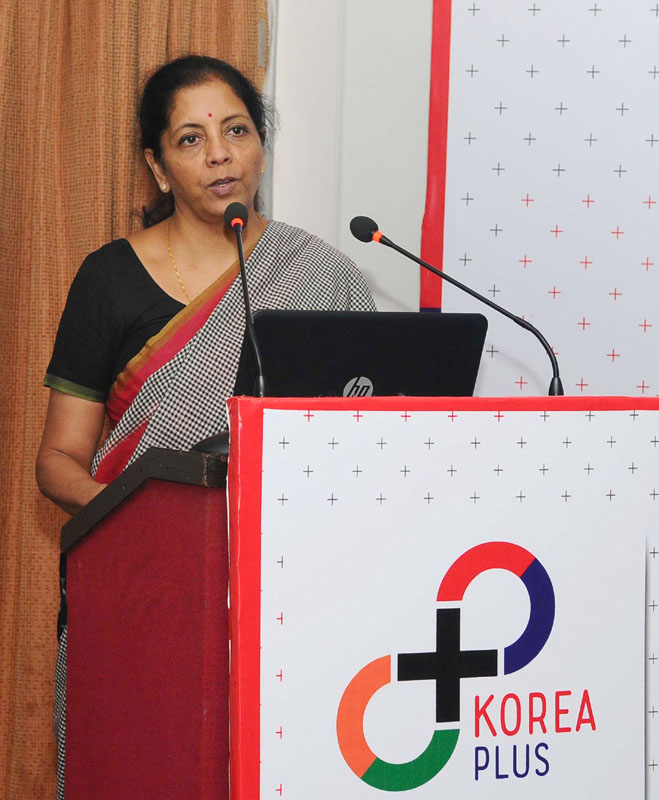 The Minister of State for Commerce & Industry (Independent Charge), Mrs. Nirmala Sitharaman addressing at the inauguration of the office of KOREA PLUS, in New Delhi on June 18, 2016.

Earlier, the Commerce Minister had approved setting up of 4 new NIDs in Hyderabad, Goa, Varanasi & Jaipur. The aim is to establish India as a hub for world class designing & NIDs shall play a crucial role by providing the skills to empower our human capital towards world class designing.

Filed under: Education, News
Share Tweet Pin G Plus Email
previous article: Government Approves Series Of Measures For Conservation And Preservation Of Lakes In Bengaluru
next article: Launch Of Korea Plus