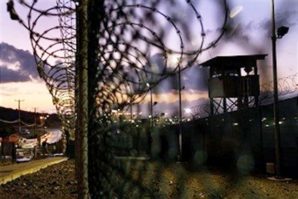 On December 9, 2014 Senator Harkin spoke out against the CIA interrogation program:

“Mr. President, I would like to personally commend Senator Feinstein for releasing this report today. We have all heard the Justice Louis Brandeis quote that “sunlight is the best disinfectant” but occasionally we need a real world reminder. Today, Senator Feinstein and the members and staff of the Intelligence Committee have provided that. The findings of this report are truly remarkable, laying bare that the CIA interrogation program was simultaneously far more brutal and far less effective than previously claimed.This 600-page report is long overdue and makes clear that the CIA’s so-called “enhanced interrogation techniques” failed to produce any otherwise unavailable intelligence that saved lives. At no time were these coercive interrogation techniques effective.

But more critically, this report makes clear to all Americans that what took place was not in keeping with our ideals as a nation. We have no greater duty than to protect the American people and our national security. But the single best way to do that is–and always has been–to do that in a manner consistent with our laws and our traditions. Horrific and torturous practices are explicitly prohibited and are never necessary. I thank Senator Feinstein, Senator Udall and other members of the committee for the months and years they have committed to making this release a reality.”