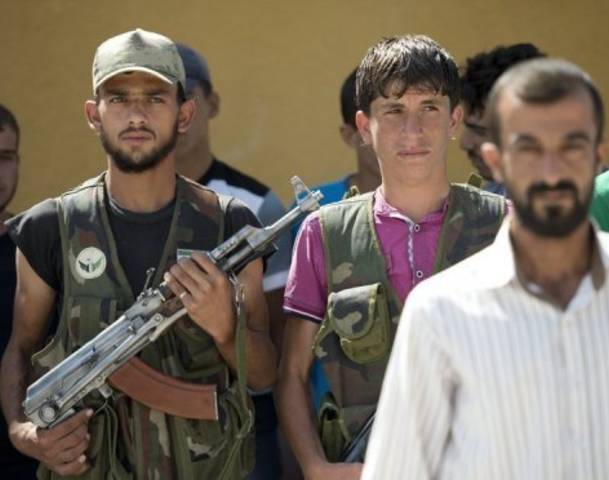 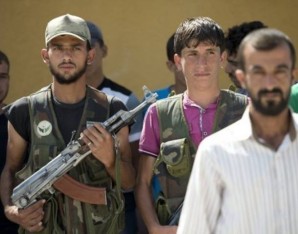 Volunteers for the Amr Ibn al-Aass rebel brigade take part in training on the outskirts of Azaz, Syria.

The first cell of Syrian rebels trained, armed and financed by the Central Intelligence Agency (CIA) in Jordan have reportedly began crossing over the Syrian border, according to the Guardian newspaper.

The cell, trained in special operations tactics, will specifically target the Syrian government. It includes a number of covert CIA operatives, acting in leadership and advisory roles…

The disclosure was made supposedly during a meeting in the White House between U.S. Senator John McCain and President Obama and leaked after the fact?

The rebels were trained by U.S. Special Forces in Jordan in conjunction with the CIA Clandestine Service. Members were armed with a variety of specialized weapons, including Russian made weapons supplied by the Obama administration.

Interestingly enough the DEBKAfiles, an Israeli website reported that 250 rebels entered Syria near the Israeli border this past Saturday and were joined by an additional 300 on Monday – way more than the 50 Being reported by the Guardian newspaper.

The CIA press office absolutely refused comment on this story, as did the White House. So much for freedom of the press.

Filed under: News, Terrorism
Share Tweet Pin G Plus Email
previous article: Iranian military commander warns the US against underestimating Iran
next article: “Make no mistake, we’re not retreating from the world”, said Secretary Hagel to US soldier stationed in Japan