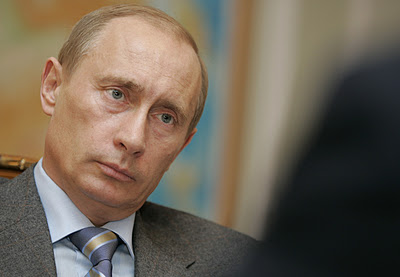 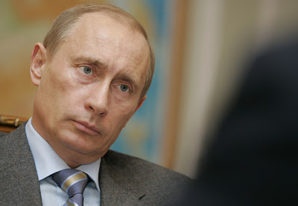 In his book “Decision Points”, former President George Bush recalls when he met Vladimir Putin for the first time at a Slovenian palace once used by the communist leader Tito. What was surprising to me was the fact that he admitted receiving a (psychological) intelligence briefing about Putin that included aspects of his personal religious faith.

This is, as far as I am aware the first public admission by a former President that the CIA did a psychological profile of President Vladimir Putin as part of some kind of a formal intelligence briefing  – a fact the CIA denies today, presumably because it is still considered highly classified information.

“The summit with Putin started with a small meeting – just Vladimir and me, our national security advisers, and the interpreters . He seemed a little tense. He opened by speaking from a stack of note cards. The first topic was the Soviet era debt of the Russian Federation.

After a few minutes, I interrupted his presentation with a question: “Is it true your mother gave you a cross that you had blessed in Jerusalem?

A look of shock washed over Putin’s face as Peter, the interpreter delivered the line in Russian. I explained that the story had caught my attention in some background reading – I didn’t tell him it was an intelligence briefing – and I was curious to learn more.

Putin recovered quickly and told the story. His face and his voice softened as he explained that he had hung the cross in his dacha, which subsequently caught fire. When firefighters arrived he told them that all he cared about was the cross. He dramatically recreated the moment when a worker unfolded his hand and revealed the cross, It was, he said as if it was meant to be…”

“The Slovenian Summit was the first meeting between the U.S. President George W. Bush and the Russian President Vladimir Putin. It took place on June 16, 2001 on the Brdo pri Kranju estate in northern Slovenia. It was hosted by the then Prime Minister of Slovenia Janez Drnovšekand by the President of Slovenia Milan Kučan. They were meant to discuss a wide range of political issues and establish a diplomatic case for future cooperation and negotiations. This was also Bush’s first official trip to Europe as U.S. President” (source: See so called “Slovenia Summit 2001http://en.wikipedia.org/wiki/Slovenia_Summit_2001).