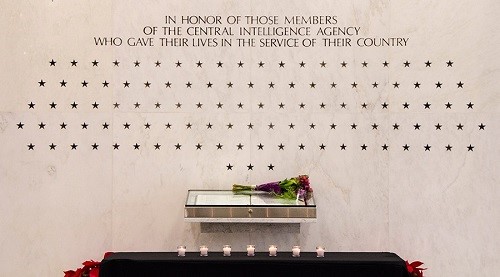 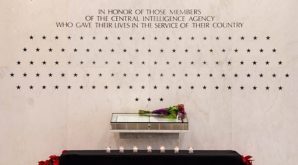 A Sacred Commitment:
Soon after their deaths, seven ashen stars were chiseled into the smooth white marble of the CIA Memorial Wall, joining a constellation of what is now 111 stars commemorating each of the Agency’s fallen officers. Their names were also etched into the Book of Honor, each beside a 23-carat gold leaf star.

The Central Intelligence Agency recently published a press release on the 5 year anniversary of the murder of seven CIA officer in Khowst province, Afghanistan by an al-Qaeda suicide bomber.

“Five years ago, on a cold and gloomy December afternoon in the mountainous region of Khowst Province in southeastern Afghanistan, an al-Qaeda terrorist detonated a bomb strapped to his chest and killed seven CIA officers and injured six others; one of the deadliest attacks ever conducted against Agency personnel.

The suicide bomber had been recruited as a CIA informant and taken to Afghanistan to infiltrate the upper ranks of al-Qaeda. For months, he provided the Agency with independently verifiable intelligence on the terrorist network, and he promised to lead the CIA to the group’s most senior members. Instead, the asset was an al-Qaeda double agent…”

Appearing on that CIA post as well was the following quote from former CIA Director Leon Penetta the day after the attack on December 31, 2009:

“Those who fell yesterday were far from home and close to the enemy, doing the hard work that must be done to protect our country from terrorism. We owe them our deepest gratitude, and we pledge to them and their families that we will never cease fighting for the cause to which they dedicated their lives—a safer America.” – Former CIA Director Leon Panetta.

The article also, did something unusual in so far as they listed the names of the seven CIA agents:

Jennifer Matthews: a pioneer in the field of counterterrorist targeting; a born leader with a fervent belief in the cause for which she fought and who never hesitated to speak truth to power.

Harold Brown: a man of great warmth and optimism who served his country in the Army; he went on to a successful career at the CIA because of his passion for public service.

Elizabeth Hanson: a gifted innovator in fighting terrorists; a woman with boundless energy and a quick wit who relished the challenge of her work and was committed to excellence and integrity in everything she did.

Darren LaBonte: a dedicated defender of his fellow citizens, supremely accomplished in law enforcement and soldiering; a man who not only wore the Ranger tab—he lived the Ranger creed.

Scott Roberson: a former police detective and military security veteran, a friend to all who knew him; his legacy endures in the countless lives he kept safe, and in a little girl who never saw her father but will know of his valor.

Dane Paresi: the eldest of the group with 27 years in the Army, nearly half of which was spent in the elite Special Forces; a soldier, a father, a husband, and a mentor with a big smile and endless compassion for others.

Jeremy Wise: a Navy SEAL with an abiding devotion to family, faith, and country; a man who believed in the virtues of constant learning and improving the lives of those around him.

Filed under: News, US
Share Tweet Pin G Plus Email
previous article: Peter Obi: The conscience of a capitalist on Nation building, Budget and Economy
next article: Christmas Message from Jesus for 2015