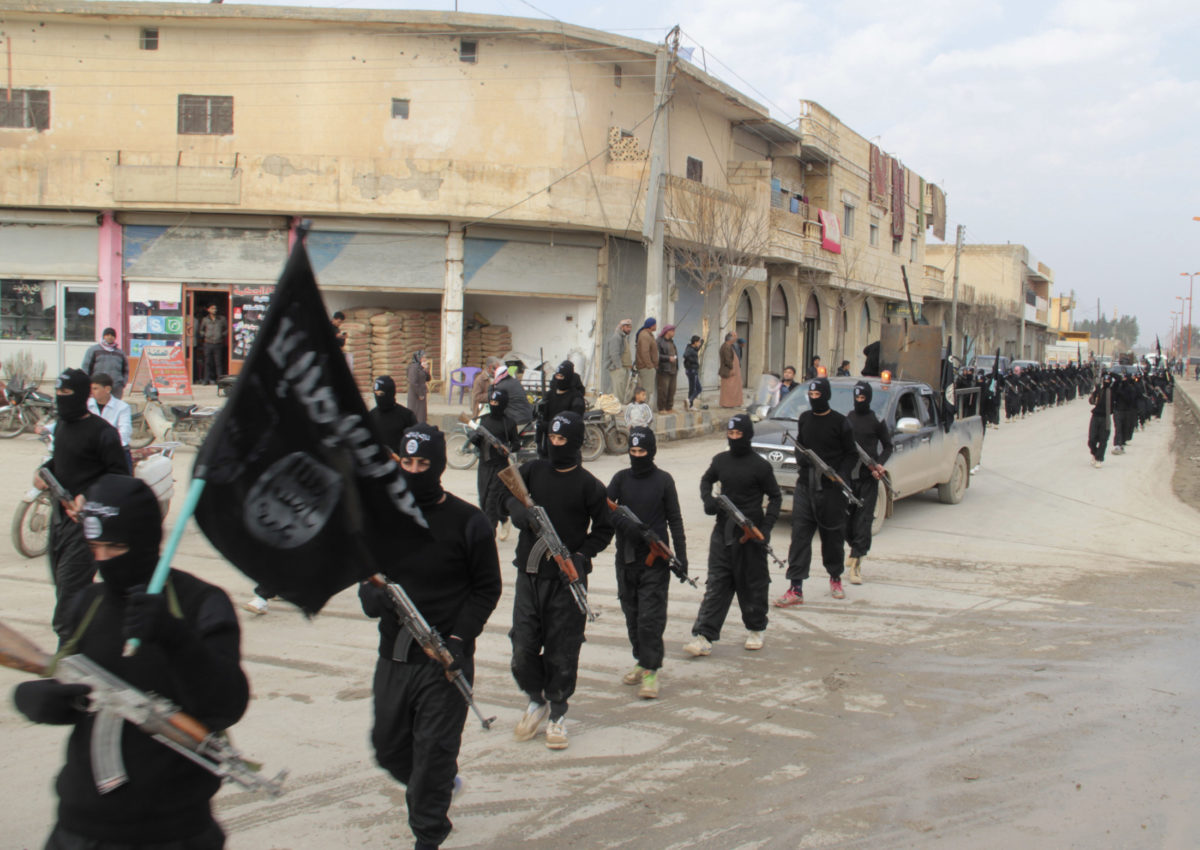 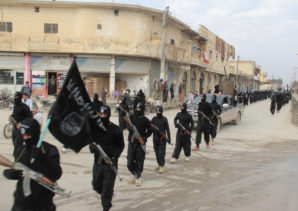 Al-Qaeda on parade in Tel Abyad, Syria near the Turkish boarder region.

Fars news agency in Iran is reporting that the Central Intelligence Agency (CIA) is “secretly providing arms to Syrian rebels.”

The covert program is reportedly being run out of Jordan and provides small arms as well as portable missiles to “moderate” rebel groups.

In addition to the CIA, it is thought that US military special forces units and private contractors may also be playing a role by training the rebels in combat skills.

Among the terrorists groups directly and indirectly affiliated with the Syrian rebels, and possibly benefiting from US support include the following:

ANF –  has been described as “the most aggressive and successful arm of the rebel force”. This group has been designated as a terrorist organisation by the United Nations, the United States (see article: US blacklists Syrian rebel group al-Nusra  http://www.aljazeera.com/news/middleeast/2012/12/2012121117048117723.html) , Australia, and the United Kingdom.

Abu Mohammad al-Golani, the current leader of ANF, has confirmed the ANF’s allegiance to Al-Qaeda leader Ayman al-Zawahiri. By May 2013, a faction of ANF declared its loyalty to the Islamic State of Iraq and the Levant.

2) Syrian Islamic Front: Formed in Syria on 21 December 2012, the Front brings together 11 armed Islamist rebel groups including Ahrar al-Sham, with the aim of overthrowing the Syrian Government and establishing an Islamic state.

Many of the Islamist groups are more radical than those that make up the Front to Liberate Syria.

3) Syrian Islamic Liberation Front: Formed in Syria in September–October 2012, the Front brings together numerous armed Islamist Brigades active in the Syrian civil war, under the command of Suquor al-Sham commander Ahmed Abu Issa. The Front aims to establish a state in Syria with a radical Islamic reference.

The CIA absolutely refused to answer questions by email relating to the “illegal transfer of weapons to armed groups in Syria” and the White House press office claims “it won’t dignify that question with a response?”