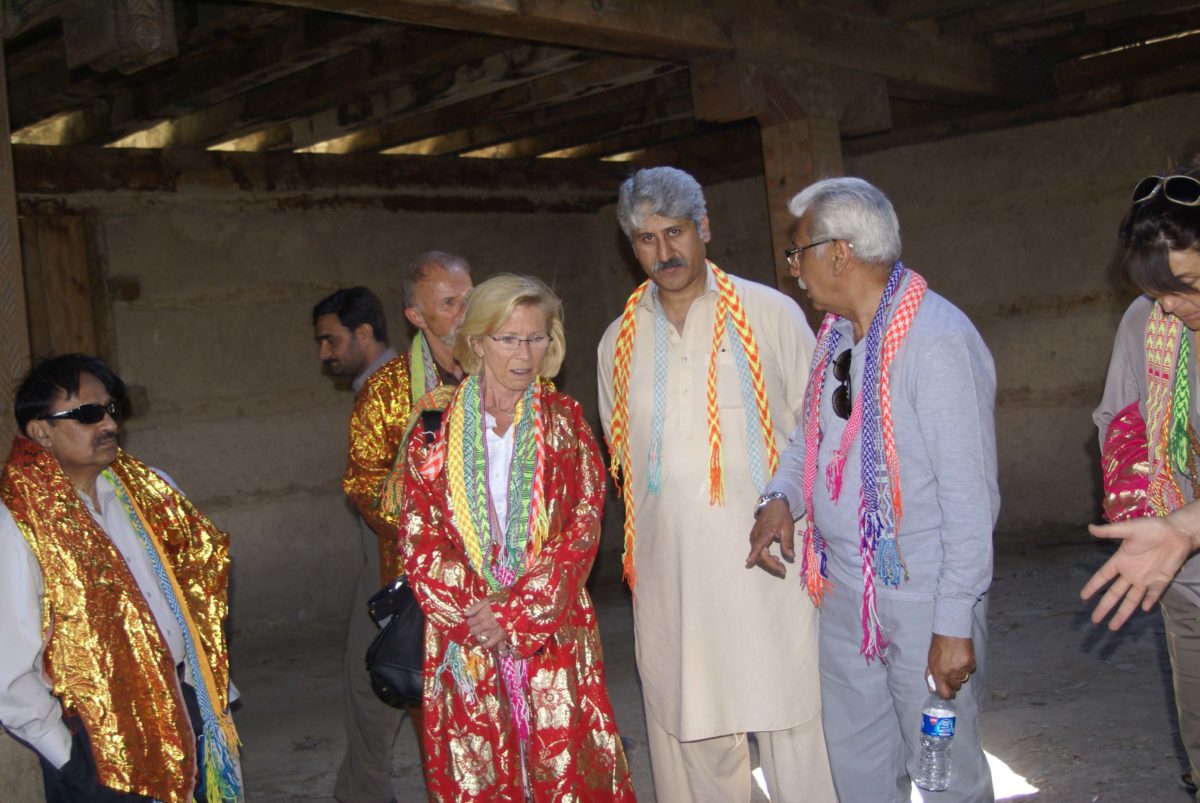 CHITRAL: Norway Ambassador to Pakistan Cecilie Landsverk, (Royal Norwegian Embassy) Nanna Thue Counselor, Mr. Terje Barstad Deputy Ambassador Minister Counselor DHM and other Diplomats arrived here to Chitral who visited different developmental schemes completed by Norwegian fund through Chitral Integrated Area Development Program (CIADP). The diplomats meet representatives of different local support organizations (LSO) at CIADP office where they were briefed by local social workers regarding different developmental schemes completed by Norwegian Government fund and some of them are under process. Women folk from different valleys thanked Norwegian government for funding them for uplifting schemes as well as promoting women folk in different income generating schemes training like honey bee keeping, live stock, poultry, and house hold enterprises. A large number of women were given training in skill of maternity so as to minimize mortality ratio in the district. Addressing to the local people Cecilie said that Norway is also a mountainous country but we developed due to high education. She stressed upon the local people to get high education and play vital role in development of the country.
Local people stressed upon the administration of CIADP that it should be free of any politics and not to be politicized which working on merit basis according to public requirements. Managing Director Azzar Ayaz briefed the Royal Norwegian Ambassador that we work in coordination with district administration and proper counseling with the government of KPK. Mrs. Jafaria briefed the diplomats regarding maternity training for decreasing mortality ratio and poverty rate from Chtral as well as to improve public health in the district. The Ambassador also meets Deputy Commissioner Chitral Shuaib Jadoon at his office and discussed various issues of Chitral. DC Chitral thanked Norwegian government for their donation at Chitral which really play key role in its development. He said in past Chitral was isolated in winter season before construction of Lawari tunnel but people living in upper Chitral still facing numerous problems. He said that there is no natural gas to be used as fuel energy and that is why people of the entire district use fire wood for cooking and heating purposes causing for deforestation and erosion of soil in and tremendous flood. He said Chitral having potential of 15000 megawatt electricity (hydro power) having plentiful water resources which not only can solve energy crises of the country but we can supply power to neighbor countries.
The Norwegian diplomats also meet heads of all line departments and discussed problems reflecting to local people. Disposal of solid wastage is a challenging problem at DHQ hospital Chitral Dr. Noorul Islam added. Jan Muhammad agriculture director briefed the distinguished guests that Chitral having orchard on 100 hectors of area and its apple is rather best as comparative at Switzerland. He urged on Norwegian ambassador for funding for improvement of agriculture system at Chitral for sustainable development of the arfea because 75% people depending upon agriculture. The ambassador visited different developmental schemes at Shadok, Modeh, Danin, regarding wash rooms at Mosque, renovation of additional rooms at schools, emergency block at hospital and provision of equipments to libraries hospitals computers to Government College of commerce and management sciences. As well as protection wall on bank of Chitral river. They hailed efficiency and standard quality of work of CIADP Thrive and termed it of best quality. People of Chitral thanked Norwegian diplomats and appreciated their contribution in development of Chitral and termed it strengthening for Pak Norway friendship.
G.H. Farooqi C/O Manager bank Islami Main branch Chitral phone No 0943-320737, 0943-316052, 0943-414418 , 03025989602, 03337069572, 03159698446, 03469002167
email: gulhamad@gmail.com 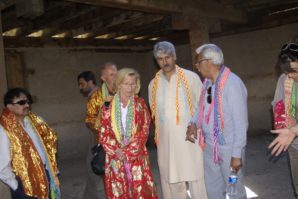