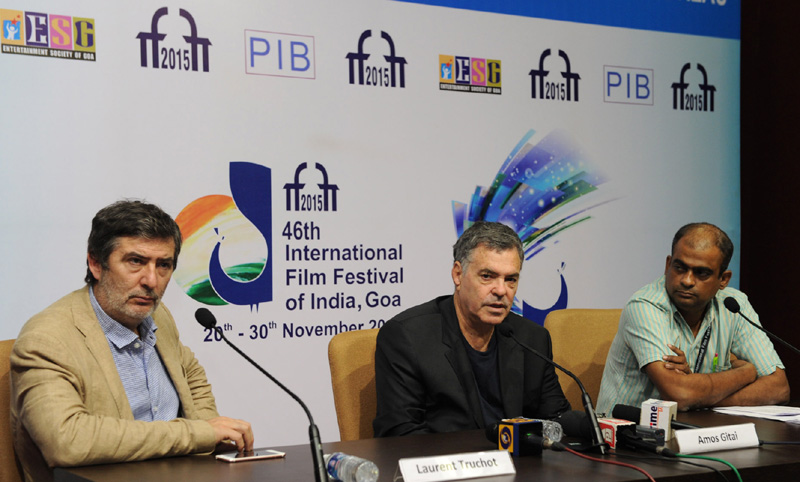 Feel Free To Bring Our Originality And Creativity

Panaji (PIB-GR-TYP-BIN): Eminent Israeli film maker Mr. Amos Gitai opined that the power of cinema as a medium lies in its capacity to go beyond borders and to communicate across cultures. Interacting with the media on November 22, he said the films need to be both passionate and critical when need be. I am originally an architect and believe in ideas as ideas are important and strong, capable of moving planets.

Films need to have a social context and should not be just entertainment, Gitai added. Filmmakers like Satyajit Ray are called great because they care for their country and use art and films to shape public opinion, he explained.

Expressing disappointment, the eminent filmmaker said that there is too much recycling in the field of cinema. He urged the coming generation of filmmakers to feel free while expressing themselves to bring out their originality and creativity.

Amos Gitai was born on October 11, 1950 in Haifa. He graduated as an architect from the Israel Institute of Technology in Haifa and acquired a Ph. D in architecture at Berkeley University in California. He fought in the Yom Kippur War in 1973, during which he was injured. Attracted by directing, he became professional filmmaker in 1980 with House. From that point he created many films, both fiction and documentary that brought him considerable international recognition.

46th IFFI is paying Retrospective Honours to Amos Gitai. Opening with Screening of ‘Rabin- The last Day’, ten of his films are being screened under this section. Other films include Alia, Berlin-Jerusalem, Devarim, Esther, Golem, the Spirit of the Exile, Kadosh, Lullaby to my Father, Tsili, YomYom.