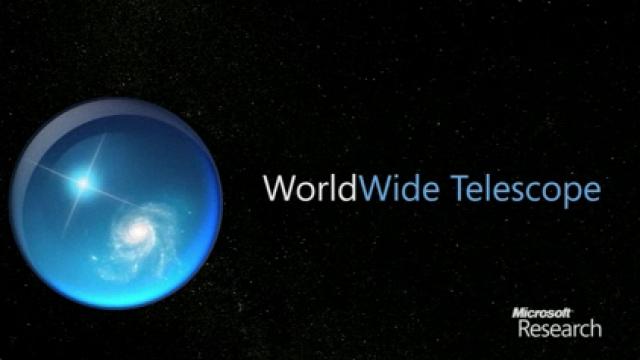 Microsoft Corporation and some of the United States’ best observatories, universities, and planetariums have gotten together to put the cosmos at one’s fingertips with a free program called the WorldWide Telescope.

Doug Roberts, director of the Adler Space Visualization Laboratory, says that the new free software will allow "citizen scientists to participate in research. [Let’s say that an ornithologist] wants to know how many birds just flew over your house…This is like Facebook for astronomers. At least that’s what Microsoft wants it to be. It will depend on how people use this."

Another clear intent of the WorldWide Telescope is to rival–and surpass–Google Sky. Preliminary reviews strongly indicate that it succeeds at the latter.

The user-friendly interactive program is at once a richly interactive and creativity-encouraging beginner’s guide to astronomy and the universe, and an easily accessible research tool for amateur astronomers as well as professionals who may want to do some more advanced work from the comfort and convenience of their homes.

Views of the stars through the lens of the Hubble Space Telescope as well as the ability to see the cosmos in different wavelengths of light are now available to the Everyman.

Light pollution from cities or towns and the lack of the funds or patience for viewing the night sky through a telescope are walls that are now being beaten down by the WorldWide Telescope.

Six-year-old Toronto, Canada resident Benjamin says, "It’s so cool. I have a telescope and I’ve seen the moon, but it was blurry, not like this. And there’s too much light pollution here to see it properly…You can see the green, yellow, red and blue because different gasses give up different color. This picture of the Ring Nebula is beautiful. It looks like a fresh bowl of Jell-O with some red and orange stuff like fire."

The desktop WorldWide Telescope has been on Microsoft’s plate of accomplishment wishes since 2001. Jim Gray of the Microsoft Bay Area Research Center wrote in Science magazine those seven years ago, "Our goal is to make the Internet act as the world’s best telescope–a World-Wide Telescope."