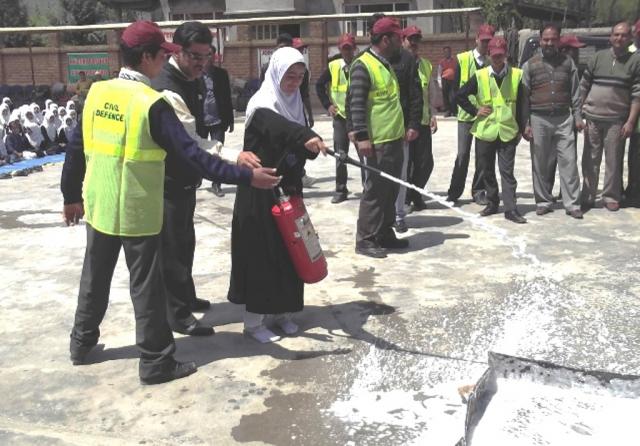 The programme started with Tilwat by Owais Ashraf of class 10th and Naat by Muhid Mushtaq of class 6th in a melodious voice. The students were trained in various disaster preparedness methods, including fire fighting, first aid, search and rescue.

AK Wani of J&KVHA made the students aware about ill effects of tobacco and drugs and the various provisions of anti-tobacco act. He also informed that Deputy Commissioner, has directed that all schools should ensure fixing of signages, declaring that sale and smoking of tobacco in all public places and near schools is prohibited. Fayaz Ahmed, General Secretary of the school management presented vote of thanks. Certificates of participation were also distributed amongst the students.

A mock drill was organised by the Civil Defence trainers, in which the school children actively participated. The initiative taken by Civil Defence Organisation was highly appreciated by the locals of the area, who demanded that similar trainings should be organised in all schools.