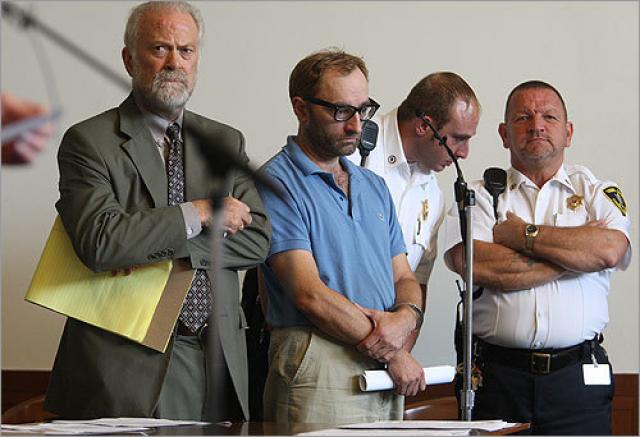 Clark Rockefeller, the man accused of kidnapping his daughter in Boston last month, has been linked to the 1985 California murders of Linda and Jonathan Sohus.

Clark Rockefeller, who has a cloudy background and is known to use aliases, was on the run with his daughter after he kidnapped her from a custodial supervisor in Boston. Now captured, he has been named a "person of interest" by the Los Angeles Police in the case of a couple that disappeared in 1985. A man calling himself Christopher Chinchester lived in the Sohus’ home when they disappeared. He left Los Angeles before he could be questioned by authorities.

Police found the bodies of Linda and Jonathan Sohus buried near their house in 1994. When Clark Rockefeller had his fingerprints taken after his arrest for kidnapping his daughter, they matched a set that was linked to the Sohus murders. The question remains whether or not Clark Rockefeller is Christopher Chinchester and, if not, how did his fingerprints wind up being tied to the murders of Linda and Jonathan Sohus?

One thing is clear: that Clark Rockefeller is a con-man who has lived under different aliases his whole life. The details of his involvement with the Linda and Jonathan Sohus murders and his connection to Christopher Chinchester will come to light in the coming weeks.