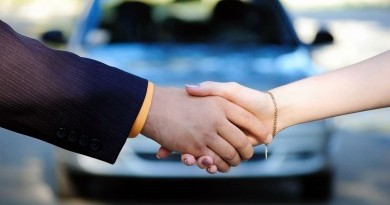 Car donation is not easy for sure since there are multiple legal intricacies involved in it. So while a car is being donated, one must be sure of availing all the procedures to ensure that he wins a tax reduction and also the donation is used to serve the right purpose.

The world is a mixture of variety of people, while some of them live only for themselves, the rest try living a larger one, by living it for others. There are numerous ways of helping others- few do it physically by coming to real help spending their time, while the rest do it with their financial ability. There are still a plenty of good people who think for others and it is by this mutual co-existence, that the entire world survives. Car donation has been an affordable way in which many prefer to do some needful. There are many non profit organizations that run New Jersey car donation programs as that helps them in acquire cars that can later b auctioned to raise funds which, in turn is used for multiple philanthropic activities.

In most of the cases, such donation programs are organized in such a way that the donor doesn’t face any kind of trouble. But for those who come to donate the classic vintage models, for them things can turn out to be complicated at times. There are some potential scams, the tax related issues, and few pitfalls which can actually render the entire process of donating the cars worthless. The following information can turn out to be critical about any of the classic car donation to ensure that the donation is put in the best hands and used for the best purpose. The legal experts believe that the donors should take all the possible steps that could professionally correct all the necessary means to that could potentially create troubles down the line. Alternatively, most of the donors prefer working with the attorneys to have the entire process drafted to mitigate the probable threats. This is just a small piece of additional investment that brings in peace of mind.

In most of the cases, these donors do not conduct the search process that is necessary to find out proper charitable organizations to donate their car. If eyes and ears are kept open, thousands of reports will be found where donors complain of donating their car to the charities which are not approved by the IRS to carry out such businesses. It means, that in such cases, the donor remains no more capable of claiming the fair market value of the vehicles while donating. For worse case scenarios, the donors end up in giving away their cars to concerns which poses up as charities but actually sell the vehicles for cash profits. So while you plan to donate your car to charity, make sure you ask for documentation proving the status of the charity.

In multiple cases, the advertisements of the car donation is given by services and organizations which intercede in the gifting process to earn their respective profit percentage from the donation. They’re nothing short of middlemen, who actually make the necessary arrangements between the donor and charity, and in the long run turns up to be the highest owner of the profit amount. And it affects the motif with which the donor gives away the prized possession. A very little amount of money actually reaches  the charity.

Tax benefits can be considered whenever you take the decision to donate your car New Jersey, and in order to do that, it is necessary for you to donate your classic car to the charitable organizations recognized by the IRS. If the organizations are compelled to tag the car from your place, then they add up the transportation cost that is needed and you end up getting lesser amount.

Transferring the ownership of the vehicle is the next thing that you being a donor should be worried about. At times, the proprietorship of the car remains unchanged, and even after the car is being completely donated, whenever it meets with any accident or other criminal activities, the owner is being held liable for it. Be it the minor issues like parking ticket related citations, or as serious as any accident, the Police first comes and accuses the owner. Specifically for the classic cars, transferring the ownership is not as simple as signing the title over to a particular charity. Make sure that all the details are being done by the experts in the industry to avoid any kind of harassment post donation.

Donating a classic car can be a wonderful way of helping those who need it, and even reducing the financial burden by some tax credit. But, if the donation is not being carried out legally, then the philanthropic activity can actually cause the donor enough trouble that they’re not worthy of at all. So the best way is to discuss the procedures involved in dealing with it and make the best move possible.