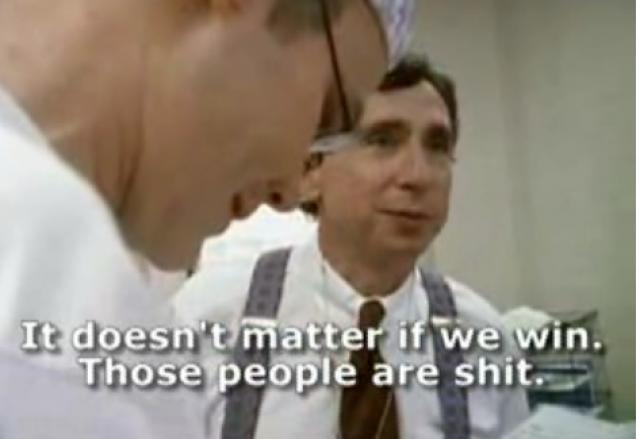 A video from 1992 has surfaced in which a prominent Clinton campaign advisor uses defamatory language to describe Indiana voters.

"Look at Indiana…it doesn’t matter if we win. Those people are shit."

Kantor then whispers, "How would you like to be a worthless White nigger?"

Kantor was Secretary of Commerce under President Clinton, an advisor to Clinton-Gore ticket and has been a Clinton family friend since the 1970s.

UPDATE: The Controversy continues as the film maker says the video was doctored and given false subtitles. It is a portion of a movie publicly released called War Room.

The video in question has been removed from YouTube, and the account deleted. There is, however, an earlier version posted yesterday: