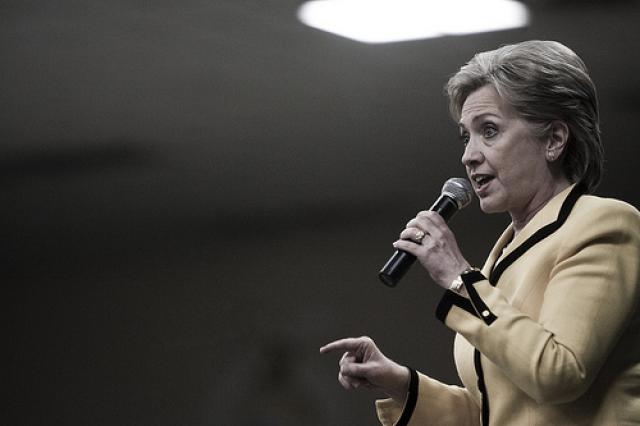 After the results of the recent Gallop poll about Democrats possibly defecting to the side of GOP presidential nominee Senator John McCain of Arizona, Democratic co-frontrunner Senator Hillary Clinton of New York has addressed a crowd of supporters in Fayetteville, North Carolina.

Also, a small fraction of Obama supporters would do the same thing if Clinton wins the Democratic nomination.

This strengthens the fact that the Democrats are bitterly divided between Clinton and Obama.

“Please think through this decision,” Clinton said in regard. She added: “It is not a wise decision for yourself or your country.”

Clinton noted that while she and Obama have their differences, they do not compare to those of McCain. In short, Clinton has urged the Democratic Party remain unified.

Filed under: Politics, US
Share Tweet Pin G Plus Email
previous article: John McCain Won’t Give Free Rides to the Irresponsible
next article: New alliance called ‘Entente Amicable’ to be formed by Britain and France