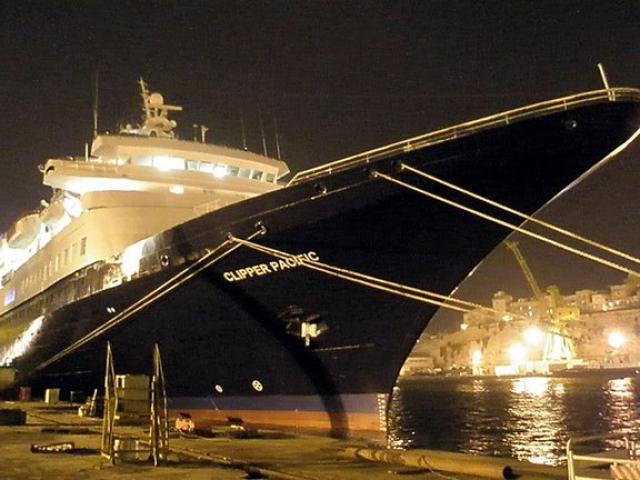 A 637-foot cruise ship called the Clipper Pacific was docked in New York Harbor after a Coast Guard inspection found 66 problems with the ship, including a leak in its hull.

The Clipper Pacific and it’s 1,200 passengers and crew were on a journey from Greenland to Venezuela when the Coast Guard made it take an unplanned stop in New York Harbor. Among the numerous problems to the Clipper Pacific, Coast Guard officials found faulty life jackets and lifeboats.

Passengers were allowed to visit New York City while the ship receives repairs although there has been no time table set as to when the Clipper Pacific will again be seaworthy.