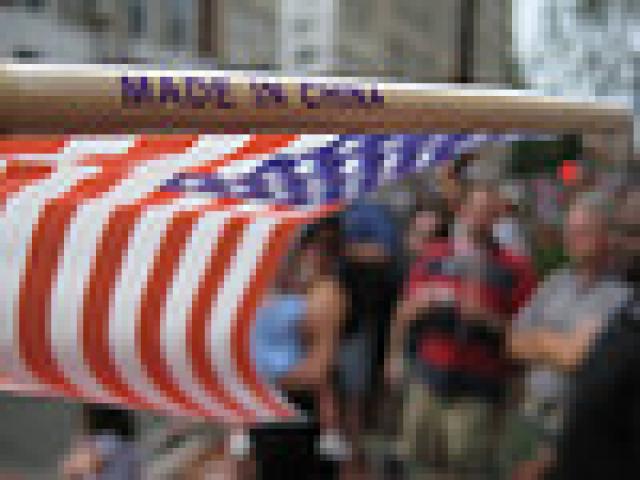 Amid much controversy about outsourcing, the House has passed the American Jobs and Closing Tax Loopholes Act. The package was approved by the House by a 215-204 vote and move to the Senate.

The Senate will take up the bill on June 7 after a Memorial Day recess.

Speaker of the House of Representatives, Nancy Peolose said to lawmakers, "In this legislation, which is job creating, it closes the loophole which has allowed businesses to ship jobs overseas.  Can you believe that we have a tax policy that enables outsourcing?  So if you have one thing to say about this bill to your constituents, you can say that today, you voted to close the loophole to ship U.S. jobs overseas and giving businesses a tax break to do so.  It is not right.  It will be corrected today,” reports CIO

The provisions in this bill include renewing the expired tax breaks such as the research tax credit, extends federal unemployment and state tax deductions. When it comes to preventing jobs from being outsourced to India or outsourced to Mexico, the bill will close tax loopholes for firms that are engaged in offshoring. Most large multinationals are engaged in the practice of some sort of outsourcing – offshoring, nearshoring or onshoring. Onshoring would be the preferred option, since it involves outsourcing to rural states in the U.S. like Iowa, where the cost of living is cheaper in comparison to cities like New York and Los Angeles.

The incentive for outsourcing comes from the pressure to reduce costs in a declining economy following an economic downturn. The recovery will leave many firms looking to save money and they are hoping to look to favored outsourcing destinations like China, India, Philippines, Brazil and Mexico to get their peripheral work done while they concentrate on their thrust of their business. The bill will might thwart away some of the companies from outsourcing, but there might be others who find benefits from the infrastructure available in other countries. The IT industry is a fine example of this.

According to the House Ways and Means Committee Chairman Sander Levin (D-Mich.), the bill will keep jobs in the U.S. and put a stop “on loopholes that encourage companies to move overseas.” The measures to close the loopholes on taxes are put in place to prevent abuse of the U.S. foreign tax credit system – this system was meant to ensure that the American multinational firms would not be taxed twice. In effect, it is estimated that the new law, if passed, will spin off $14.45 billion of foreign tax credit loopholes.

Filed under: Business, US
Share Tweet Pin G Plus Email
previous article: Indian Education is Neglected, Yet Their Youth Will Lead the World?
next article: ‘Vedanta changing State’s industrial face’