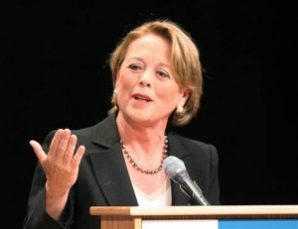 On July 25, 2014 Rep. Niki Tsongas of Massachusetts asked for permission to include in the Congressional Record the following statement regarding his lame excuse for not voting for important legislation in Congress when she was supposed to.

Excuse me but isn’t that your job – Congresswoman?

Among the things she missed out on was a vote on Congressional Resolution 105 which would prevent the President from deploying and maintaining US Armed forces in Iraq in violation of the War Powers Resolution.

Here comments in this regard are as follows:

“I would have voted in favor of H. Con. Res. 105, which–pursuant to section 5(c) of the War Powers Resolution–would prevent the President from deploying or maintaining United States Armed Forces in a sustained combat role in Iraq without specific statutory authorization for such use. The United States must ensure that it has the security personnel necessary to protect U.S. embassy and consulate personnel and I support the administration’s decision to send additional forces for this purpose.

The President also took an important step toward de-escalating the violence in Iraq when he sent 300 additional personnel to advise and train Iraqi forces in their battle with the Islamic State (presumably she is referring to ISIS which stands for the Islamic State of Iraq and Syria).

However, I am concerned about the potential for escalation in this conflict and believe that any further deployment of U.S. personnel to be employed in a sustained combat role should require specific authorization from Congress”, said Tsongas.

NOTE: Iraq, by the way is a country the United States has poured almost $2 trillion dollars into rebuilding infrastructure, creating job, rebuilding an entire Army, Air Force. Basically everything we should have been doing here to help our own economy? Oh ya did I mention all that money was borrowed?

Unfortunately Congresswoman Tsongas is another one who has absolutely no clue about the culpability of the United States for creating the situation we now find ourselves in Iraq, especially concerning ISIS insurgents.

Has the Obama administration ever armed ISIS with lethal weapons? Inquiring minds would like to know! https://groundreport.com/has-the-obama-administration-ever-armed-isis-with-lethal-weapons-inquiring-minds-would-like-to-know/