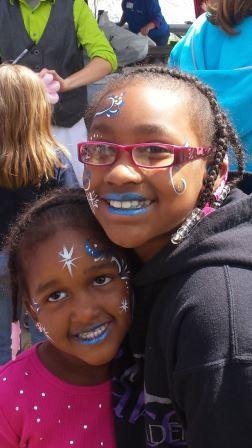 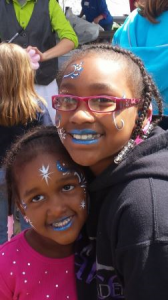 Michelle and Willie Barford of Westland welcomed their first child Taylor in 2005. Taylor was a happy, healthy baby but when she was 3-years-old, they decided to take Taylor in for a hearing test.

“Taylor was not speaking clearly. Even though her newborn hearing screening was normal and we could understand some of what she was saying, we thought she should have another hearing test,” Willie says.

The test was performed in the Audiology Department at the Children’s Hospital of Michigan at the Detroit Medical Center. The results were shocking to Michelle and Willie.

Michelle says she was surprised by the diagnosis because Taylor would respond to what was being said.

“We found out Taylor was an amazing lip reader,” Michelle says.

Hearing aids were recommended, and they helped according to Michelle, but Taylor was not hearing as well as she could.

“Our first recommendations were to conservatively fit her with bilateral, behind the ear amplification and closely monitor her auditory, speech, and language development,” says Leslie Parent, M.S., CCC-A, senior pediatric audiologist at the Children’s Hospital of Michigan. “After careful monitoring and numerous assessments of speech recognition ability, we discussed the possibility of having a cochlear implant.”

Leslie recommended that Taylor be seen by Michael Haupert, D.O., M.B.A., chief of Otolaryngology, on staff at the Children’s Hospital of Michigan.

Dr. Haupert confirmed that Taylor may be a great candidate for a cochlear implant, an electronic medical device that replaces the function of the damaged inner ear. Unlike hearing aids, which make sounds louder, cochlear implants do the work of damaged parts of the inner ear (cochlea) to provide sound signals to the brain.

Michelle and Willie were thrilled to see that the implants worked wonders on Taylor.

“After the implant, Taylor said, ‘I can now look at your eyes when you talk.’,” Michelle says.

Taylor, who is now 10-years-old, went from not speaking clearly and needing speech therapy to now having normal speech. She enjoys school, swimming and is an award-winning dancer.

Being more aware of warning signs of hearing loss, the Barfords noticed their younger daughter, Mya, may also be at risk. Hearing tests confirmed Mya also had ANSD in both ears, and Mya also benefitted from cochlear implants in both ears at the age of 2.

“Mya, who is 5-years-old, is also doing amazing after the cochlear implants. Her speech has now progressed to a normal level for her age,” Michelle says.

“Mya is doing incredibly well with her bilateral cochlear implants. It is immensely gratifying to be able to help a child to hear, let alone two children in one family,” Dr. Haupert says.

The Barfords feel very fortunate and blessed that, thanks to the implant and successful treatment, their daughters have an amazing gift of hearing that many take for granted.

“Both of my daughters were great lip readers, so it was not so easy to figure out what the problem might be. I would encourage all parents to see a doctor early on if there is any question about your child’s hearing and speech. It made a world of difference for Taylor and Mya,” Michelle says.

For further information on audiology and ear, nose and throat services and treatment visit www.childrensdmc.org.