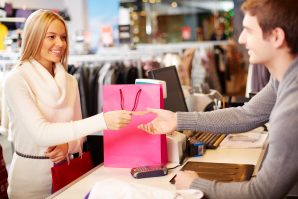 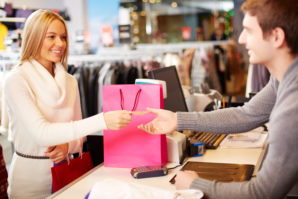 The holiday season is upon us, bringing with it a frenzy of gift shopping for family and friends starting Thanksgiving weekend. In fact, according to the National Retail Federation, during the 2015 Thanksgiving weekend, there were 151 million people who shopped either in stores or online. Their spending averaged $299.60 each. What’s more, the federation estimates that holiday sales this year will reach $655.8 billion. While the focus of holiday shopping tends to be buying gifts for those who already have so much, this year many consumers can do something to feel better about their spending by rounding up the change from each transaction and donating it to those who are in need.

”Imagine if last year’s 151 million holiday shoppers  had rounded up the change from each credit or debit card transaction, and lets say the spare change was an average of 40 cents per transaction. The collected change would have totaled over $60 million in charity donations in just one month!” explains Leena Patidar, chief executive officer and co-founder of Coin Up. “Our app makes it simple and convenient to donate spare change to a charity or cause of your choice.”

With Coin Up, consumers simply download the app, create an account, select a charity, and set a monthly limit for their donations. For example, if a purchase is $3.35, the transaction will be “virtually” rounded up to $4, the 65 cents in spare change will be added up for donation.  At the end of the month, the debit/credit card will be charged -up to the pre-set limit – and the proceeds (less transaction fees) will be sent directly to the selected charity.

This year, Giving Tuesday, which is November 29, 2016, will be an international day to build awareness, to raise donations for those less fortunate, and to encourage ongoing giving. By using the Coin Up app, people will find it easy to participate in Giving Tuesday, and continue to give incrementally throughout the year. They will even get a tax-deductible donation receipt from their charity.

“By adding up spare change from credit/debit card purchases, we can collectively make a difference for many causes that are in need this holiday season,” adds Patidar.  “We hope the “holiday giving factor” will have a domino effect that lasts well beyond the season!”

The Coin Up app is free to download and free for charities to register. For more information on the Coin Up app, visit https://www.coinupapp.com or download it today on the Apple App Store.