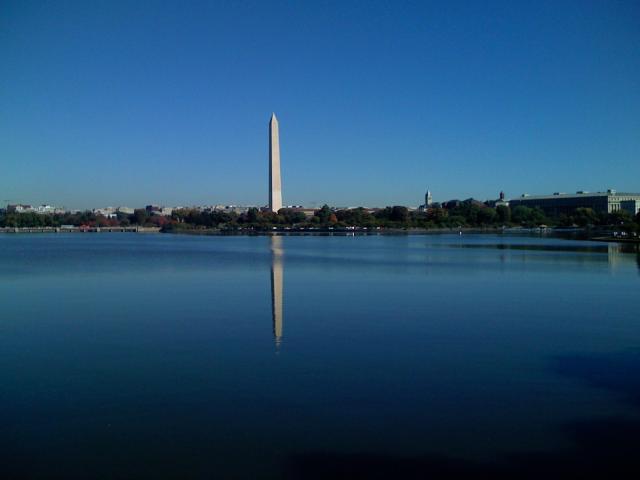 Osama Bin Laden has won. He has succeeded in turning the governments of the world against tourism and re-ignited the Cold War.

This is a tragedy, because tourism is sacred. It is the modern equivalent of the pilgrimage. It is the moment when we “suspend the pursuit of profit” to take pleasure in nature, art and kinship.   In all ages and cultures, the mark of civilization has been hospitality to the traveler.

This week, I came face-to-face with the dismal realty of effect of the ‘war on terror on civilization.

I bought my tickets on line through Yahoo! to visit St. Petersburg, Russia.  I looked forward with anticipation to a sleigh ride a la Doctor Zhivago to the Hermitage. But it was not meant to be.

On Wednesday, I got a panicked call from the person I was visiting regarding my visa.  I hadn’t thought about a visa, because I had assumed that Russia had integrated with the West.

Wrong. The first step in the visa process was to scan my passport and email it to the sponsoring hotel. Not having access to a scanner, I convinced the hotel to accept a fax. After five attempts, the one page fax got through to Russia.

A few hours later I received some documents in Russian by email (not a word of English on the page). I had to figure out how to print those documents and take them to nearest Russian Consulate. I picked London because I had a meeting there on Friday afternoon. But first I had to download a form from the Internet and fill it out with ballpoint pen and affix a passport picture.

Filling out the form took the better part of a day. First, I had to log into the Consulate web site and download the form to my PC (one hour).  Then it needed to be printed. The form asked me to list every country that I had visited in the last ten years and the dates of the visits. [Now let’s see when was I at Club Med in Punta Cana]. List my last two jobs complete with address, name of my former boss and telephone number. All school attended after high school. Military service. Criminal record. Exposure to HIV. Training in explosive, firearms and nuclear technology. Mother’s maiden name. Father’s date of birth. Wife age and birthday. All living and decreased relatives in Russia.

Then I had to get a passport photo. [actually, the tourists get it easy; the businessmen have to get an HIV test – so they won’t infect the Russian prostitutes.]

I changed my flight to 6:20 CET so that I could arrive at the Consulate before 11:45 AM, the cut-off for same day visas. Arrived at Stansted Airport north of London at 7:00 AM GMT. Got a passport picture in the Terminal. Got £ 95 in cash to pay for the three-day tourist visa. Took the train to Liverpool Station, London. Took the Central Line to Queensway. Took the elevator to the street [worst part of the trip]. Got to the Russian Consulate carrying my luggage and read the sign “No bags allowed” on the iron gate.   Went across the street to a hotel and tipped the porter £ 20 to hold my bags. Entered the Consulate. Borrowed scissors from the doorman; he also gave me glue to affix the passport photo. Stood in line. Approached the window.

The curt blond officialette asked me if I lived in London. I answered an honest, “No, I live in New York. I am visiting my college roommate in London”. “Well, I am sorry Mr. Sterne, I cannot give you a visa. You must get your visa in New York.

I stared at this outburst in speechless confusion. All I could muster was, “Why do you assume that I voted for my government.’’   This was clearly an unexpected response because she thought about it for a second with a puzzled look.

I guess I could surf the internet and figure who did what to whom that caused my vacation to fall victim to feuding governments. On the other hand, it was reassuring to know that Russia and America were enemies again. That rivalry was such a big part of my childhood that it was like coming home; something that I could understand and appreciate unlike the Islamofascism of Osama Bin Laden. My conjecture is that the United States imposed some weird, cowardly, war on terror regulation forcing Russians to get visas in only Russia and probably making them to stand outside in the cold to get them, and Russia retaliated.

Or perhaps it was Russia way of retaliating for Cheney’s speech in Estonia regarding Putin’s curbs on the free press, NGO’s and opposition parties.   Or perhaps Russia was angry at England for extraditing its diplomats for poisoning an ex-KGB agent with polonium. Or perhaps Russia was just pissed off that it didn’t matter anymore and it doesn’t want to be just a tourism destination offering nature, art and kinship, much rather be a petro-dictatorship.

In any event, the Cold War on Tourism is back in full swing.

The Americans can’t get off this hook completely.  Earlier in the week, I had an appointment at the United States Consulate in Frankfurt, Germany. The purpose of the meeting was to get a document notarized by a consulate official; not exactly tourism but an example of courtesy to the stranger.

The first challenge was presented by the GPS system. It didn’t include the street address of the Consulate; the Consulate had been expunged from the map data for its protection. This little glitch caused a great deal of conflict between the occupants of our car. The navigator was accused on copying down the wrong address; a severe offense in an orderly country like Germany.

Upon arrival at the Consulate, we were greeted with the prospect of waiting in a line outside in the cold.

The idea appeared to be make the suicide bomber detonate his or her charge outside the building to reduce the collateral damage. Further protection for the clerks and cashiers of the Consulate was provided by a double set of heavy metal fences and shrapnel guards over the bullet proof windows. Actually, the waiting area might have been designed by consultants from the Disney Corporation because it featured all of the crowd control (deception) techniques perfected at their theme parks.

After waiting in line at the first window, we were given a ticket to wait in line at the second window. Once we reached the second window, we were sent back to the first window because the guard had forgotten to read a ‘2’ on the ticket denoting that there were, in fact, two of us. After waiting on second line for a second time, we were let into out of the cold and into the security checkpoint. There we were instructed to go back to our car and leave everything – computers, cellphone, wallets, watches, — and come back with just the required papers and a credit card (or cash – Euros were okay).

After waiting on the second line for the third time, we made it through the security checkpoint after removing our belts and shoes.

The part of the Consulate that we saw was a large waiting room. It reminded me of the after-life bureaucracies portrayed in Hollywood films like Beetlejuice and Defending Your Life. There were sallow clerks sitting behind rows of bullet-proof windows with large numbers blinking  above their lintels. We were instructed by the large electronic board that our ticket number, G314, should proceed to Window 32 on the second floor.

The second floor was full of babies. The goal was, apparently, to get the babies out of the waiting room as fast as possible and concentrated them up on the second floor where they could cry to their hearts out without disturbing the serenity of the waiting room. All these babies were in search of their new identities. I overheard words like birth certificate, social security number and passport. There was a very happy feel to the second floor corridor. Young parents, still in love, with their marvelous creations striving to gain access to the promised land.

The neatly dressed officialette behind Window 36 asked us why we had come with satiated friendliness. She then circled the fees on a Xeroxed piece of paper and instructed us to go back down to the waiting room and pay at Window 23. We asked if the name on the Xeroxed paper and the credit card had to match and we were told that they did not, which made my colleague happy because he had left his wallet in the car.

At Window 23, the cashier was a bit abrupt and sent my colleague back to the car to get the forgotten credit card. As I sat in the waiting room, it occurred to me that the guiding principle of the ‘war on terror’ was that of an financial audit. Every transaction had to have a one-to-one correlation between a document and a person so that there was an audit trail. In the event of attack, the perpetrator could be traced by following the 1:1 correlations back to the individual who had personal liability. But I digress. Having paid with the correct credit card, we finally got to meet the notary who would emboss our paperwork and make it official.

But first the form needed to be filled out. This involved the use of device rarely seen in offices these days, the venerable IBM Selectric typewriter. The amiable clerkette typed in the name and date and we were finally on our way. This experience reinforced the view of my German colleague that the United States had lost its way and that America was in serious decline.

As Americans, we appeared to be frightened; hiding behind our heavy metal fences and bullet proof glass in a desperate attempt to be safe and satiated.  My experience at the Frankfurt Consulate was in stark contrast to my experience at the Texas Statehouse in Austin two summers ago.

In Texas, my daughter and I walked right in. We proceeded right through the lobby. We went up the stairs to the Legislative Chamber. We wandered around the building. We took the elevator. As punishment, we were asked to go on a tour with a friendly State Trooper. One hour later, we had been fully indoctrinated in the glorious history of early Texas.

Funny that a Texan is the author of the War on Terror and yet inhabitants of his own state don’t buy into the idea nor practice of hysterical security precautions .