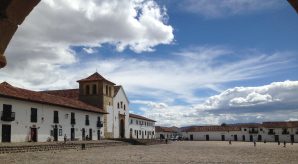 If there’s one thing travellers won’t be when they come to Colombia, it is disappointed. This country offers visitors exotic sights right from sandy beaches of the Pacific and Caribbean coasts to the Amazonian rainforests and the magnificent Andes Mountains. Colombia’s rich heritage mirrors the culture of the indigenous people homed in the region, including the Spanish settlers from the 15th century. Just a few decades ago, Colombia wasn’t even on the traveller’s map since it wasn’t considered a safe destination for foreign visitors. In the recent past the government has been toiling hard to change the entire scenario to make it safer for visitors to enjoy Colombia’s rich natural beauty and culture, so go ahead and add these on your Colombia travel planner.

The busy city of Cartagena 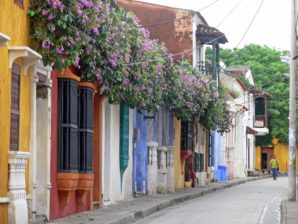 The busy city of Cartagena, Colombia by Jaimemiralles

Various countries fought over Cartagena, making this city heavily fortify itself, which is seen even today. In the past, the city was an important Caribbean port and is now a bustling city. During your visit to this city, wander along the paths and get lost in this colourful old town, while breathing in the ancient, colonial architectures. Churches, palaces and museums are prominent structures in this region. A long strip of condos and hotel towers exist along the beachfront called ‘Bocagrande’, which is quite popular with foreign visitors. 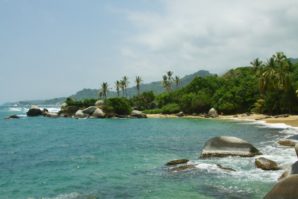 Add Tayrona National Park on your Colombia trip planner if you are a nature enthusiast and enjoy exploring ancient ruins. Situated along the Colombian coast in the north, this park acts as an ecosystem to various species of flora and fauna. You can physically travel through a plethora of ecosystems right from scrublands to swamps to cloud forests. Most visitors prefer the park’s beaches, which are shaded by palm trees and set in deep bays. Tayrona beaches are known nationwide for their beauty. The park is the best spot to view the threatened species of the Andean Condor. Named after the native folk of the region, Tayrona is the perfect spot for hiking, snorkelling and sighting wildlife in their natural habitats. 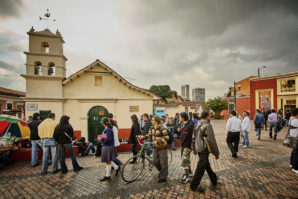 One of the largest cities in the continent and the capital of Colombia, Bogota are popularly called the ‘Athens of South America’. Once completely avoided by tourists, the city is now one of the safer places to visit in the country. Visitors are easily enticed by the various attractions such as the gold museum, planetarium, cultural events, botanical gardens and thriving nightlife. Look for the historic district of the city at La Candelaria, where you will find a cluster of pleasant and quaint churches, cafes and museums. 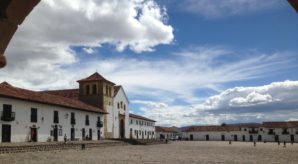 About four hours away from Bogota is the small town of Villa de Leyva, which plays home to the biggest town square in the continent called Plaza Mayor. Once upon a time people used to be executed in this huge square, which is today utilised as a gathering point for festivals and celebrations such as the famous Onion Beauty Pageant. Reflecting Moorish and Spanish influences, the architectures in this town can be compared to the white buildings with wooden balconies in Andalucía. The region’s first distillery began here.

The old town of San Gil 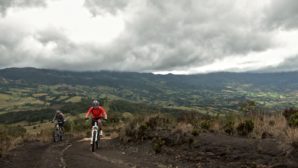 In northeast, Colombia lies the old colonial town of San Gil. It is considered the tourism capital and is known for outdoor activities such as rafting, mountain biking and kayaking. If you aren’t an adventure enthusiast, you could instead visit the 1791 cathedral, the Parque El Gallineral and Libertad. No matter how exhausted you are, sample the local Colombian cuisine in the market.

Colombia is a strikingly beautiful country, which is quite a great destination for an adrenalin junkie. Put all the fun activities on your Inspirock itinerary planner while planning a trip here.