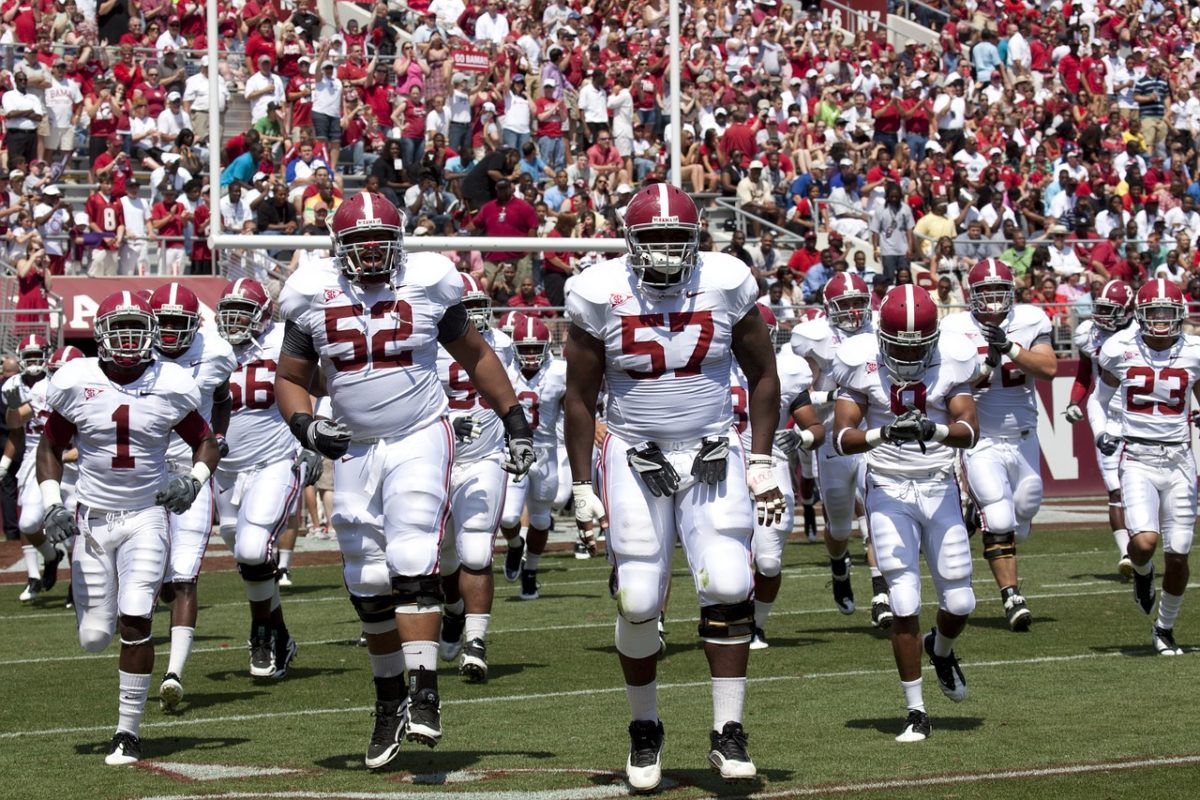 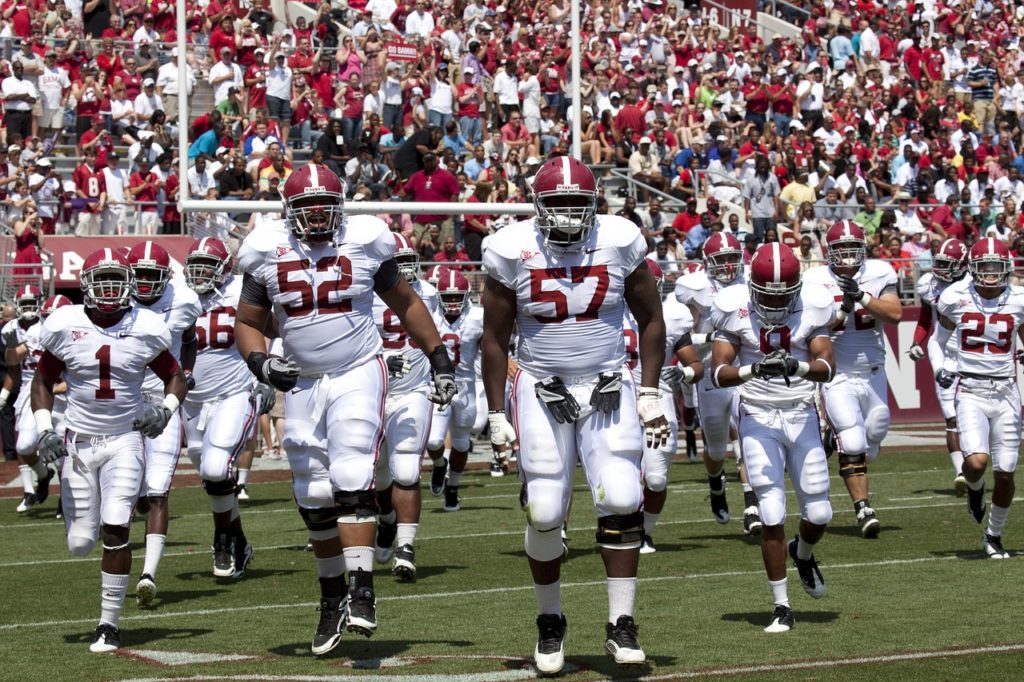 The Southeastern Conference (SEC) is an undeniable power in the college football landscape. Given blue-blood programs like Alabama, Auburn, LSU, Georgia, Florida, and Tennessee, it’s difficult for any other conference even to walk in the shadow of the mighty SEC.

Some have recently suggested that maybe the SEC is down and a new conference — perhaps the Big 12 or Big 10 — will rise to the top, observers in and around the SEC are confident that it aren’t going anywhere.

The only question is whether anyone can stop the freight train that is Coach Nick Saban and the Alabama Crimson Tide.

Ole Miss Looks to Shake Up Tradition in the West

Since 2009, the Western Division has produced seven consecutive SEC champions. In fact, only once — LSU in 2011 — has the trophy gone to a school outside the state of Alabama.

Auburn has hoisted the trophy twice in December, while Alabama’s trophy case is filled with four pristine mementos from the annual game held in Atlanta. But could this be the year that a non-traditional SEC power bucks the trend and pushes the Crimson Tide to the sidelines?

If any school other than Alabama or LSU is apt to win the West this year, you’d probably put Ole Miss in the driver’s seat. They’ve beaten Alabama two years in a row, and have a seasoned quarterback and a stellar defense.

Despite losing their first game of the season on opening weekend against an outstanding Florida State team, Ole Miss is still very much in the picture in the SEC West. Nobody should discount the other Western Division teams, either. Auburn, Arkansas, and Texas A&M are poised for improvement, while Mississippi State is young but very talented.

Will the East Make a Push?

The real question is whether the SEC East can finally claim its first conference title since Florida’s 2008 triumph. Since the turn of the millennium, the East has landed only five titles compared to the West’s eleven.

Throughout the pre-season, Tennessee was believed to be the favorite to win the East, but the team’s lousy performance against Appalachian State in the opening weekend signals that the race for Atlanta may be a lot closer than originally anticipated.

Georgia and Florida are the most likely teams to compete for the East, but don’t count out South Carolina. New head coach Will Muschamp has come to Columbia and totally revitalized a program that lacked the talent former head coach Steve Spurrier enjoyed when the Gamecocks won 42 games in a four-year span from 2010 to 2013.

Although they’re regarded as a long shot to win the division this year, it wouldn’t surprise anyone if they’re competitive next year and beyond.

While members of the media are renowned for terrible predictions while they fuel hype, it’s often interesting to see what writers, bloggers, and radio hosts have to say about how the SEC will play out.

At the annual SEC Media Days this past summer, the media overwhelmingly selected Alabama as the favorite to win the conference, with 223 votes. LSU came in second with 59, followed by Tennessee with 29.

As far as the division races go, the projected order of finish in the East is Tennessee, Florida, Georgia, Kentucky, Vanderbilt, Missouri, and South Carolina. In the West, the projected finish is Alabama, LSU, Ole Miss, Texas A&M, Arkansas, Auburn, and Mississippi State.

If you look around and review picks from other members of the media, the consensus is virtually the same across the board: Alabama will play and defeat Tennessee in the 2016 SEC Championship game. But don’t be surprised if some of these other teams give the Crimson Tide a run for their money.