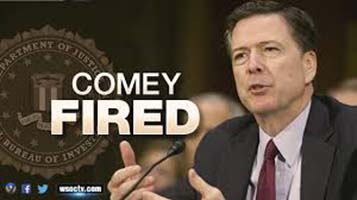 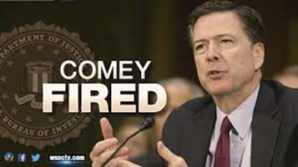 With the storm of controversy surrounding now former Director Comey and the election cycle just completed, the FBI is in the public eye in a way that we’ve rarely seen before. Respect for the FBI has been under siege with several controversial investigations that have undermined trust in the director and in the bureau’s ability to remain non-political.

The FBI, or the Federal Bureau of Investigation, is a service of US Justice Department and acts to gather domestic intelligence and provide federal law enforcement for the country.

This service came into being in 1908 when it was created by President Theodore Roosevelt to look into the actions of anarchists when President William McKinley was assassinated by one in 1901. J. Edgar Hoover became the sixth director of the Bureau of Investigation – as it was then called – in 1924, and he continued in that post when the Bureau became the FBI in 1935 all the way through 1972.

Many crime figures we’re familiar with were pursued and prosecuted by the FBI during those years:  “Machine Gun” Kelly, John Dillinger, and Ma Barker, to name a few.  And the FBI handled Nazi espionage during WWII, bootleggers, Klu Klux Klan members, Soviet agents, and crooked politicians.

While many of the services duties and acts come under protecting the country, at times that power went too far. In investigating Civil Rights leaders like Martin Luther King and politicians like John F. Kennedy, Hoover consolidated his power so that some thought presidents were answering to him.

In short, while there has been no dearth of controversy swirling around Comey this past year, his most famous predecessor, J. Edgar Hoover’s controversies overshadow Comey’s considerably.

If we are a nation of laws, then the United States government, its politicians, and agencies must obey those laws just like the rest of us. Public service should be just that: service.  When a public service position becomes a platform for personal power, the person using that platform must go.

There is no denying the importance of the FBI. Traditionally, its directors and agents quietly go about the business of ensuring our national security and safety. But the FBI, for all their heroic acts, must continue to earn the confidence and respect of the nation.  To that end, let’s hope that the next FBI director is someone we, and the agency, can count on for strength, equanimity, focus, and the discretion necessary to do the job effectively.

Edgar Hoover served as Director of the FBI from 1935 until 1972 (and also served as director of the agency that preceded the FBI, the BOI, from 1924 until 1935). In total, he served through the presidencies of Calvin Coolidge, Herbert Hoover, FDR, Harry Truman, Dwight Eisenhower, JFK, LBJ, and Richard Nixon. His longevity in office was not a function of his being well liked, but rather of his being feared. He had dirt on everyone and it made him nearly untouchable.

Given his reach and incomparable access to resources and information, in order to get fired, James Comey is either (a) incompetent with no survival skills or, (b) publically and/or clandestinely partisan in a position that demands neither or, (c) something we don’t know about yet and we’re going to get some bombshell in the coming days.

Allan Patch is the author of the contemporary/historical fiction thriller Apollo Series. Passage at Delphi and Delphi’s Chosen use contemporary characters, historical encounters, and page-turning adventure to pose the question: what must we learn from our past to ensure our future. Read more from Allan at www.akpatchauthor.com.

Filed under: News, Politics
Share Tweet Pin G Plus Email
previous article: 5 Reasons You Should Live In Madrid
next article: Say “Goodbye” To Wisdom Tooth Pain With These Useful Tips