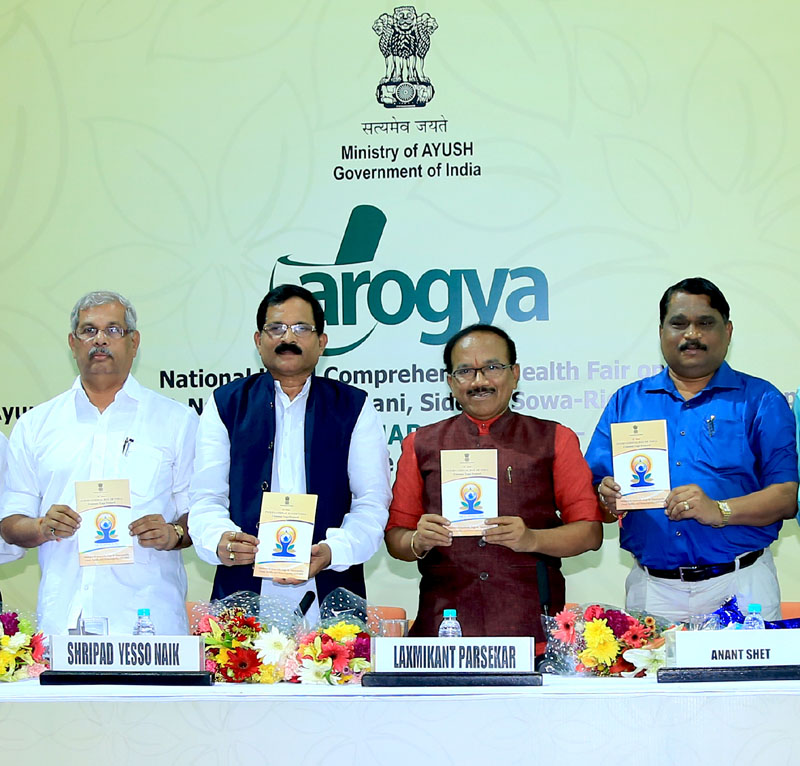 The Minister of State for AYUSH (Independent Charge) and Health & Family Welfare, Mr. Shripad Yesso Naik releasing the Yoga protocol booklet for the International Yoga Day – 2016, at the inauguration of the National Fair on AYUSH, at Bambolim, in Goa on March 26, 2016. The Chief Minister of Goa, Mr. Laxmikant Parsekar is also seen.

Comprehensive Health For Individual And Community

The booklet gives a brief overview about Yoga and Yogic practices to orient one towards comprehensive health for an individual and the community. The present edition of Common Yoga Protocol is an improvised version of last year’s Yoga Protocol. Some Yoga practices e.g. Yogic Sukshma Vyayama , Yogasanas, and Pranayama have been added in the 2nd revised edition. Apart from 45 minutes Common Yoga Protocol, a provision has been made for leading Yoga instutuions to incorporate 15 minutes Institutional Yogic practises e.g. Pranayama, Yoga Nidra, Dhayana, Satsang, etc. before Sankalpa as deemed fit. This makes the total duration of one hour of Yoga practice on International Day of Yoga.