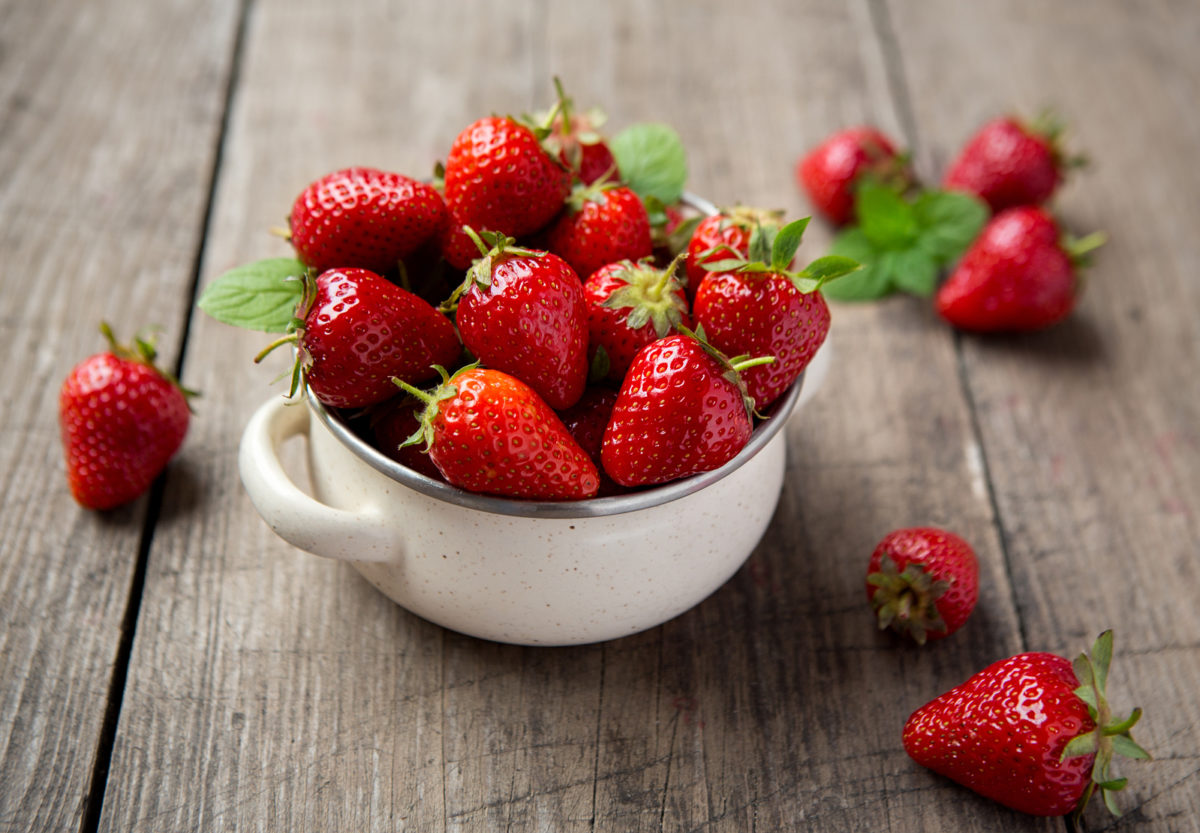 A Compound in Strawberries May Prevent Cognitive Decline, Research Shows

The study, authored by Pamela Maher of the Cellular Neurobiology Laboratory at Salk, was published in The Journals of Gerontology Series A.

“Companies have put fisetin into various health products, but there hasn’t been enough serious testing of the compound,” said Maher. “Based on our ongoing work, we think fisetin might be helpful as a preventative for many age-associated neurodegenerative diseases, not just Alzheimer’s, and we’d like to encourage more rigorous study of it.”

Maher has been studying the compound for more than a decade. Previous research has found that fisetin reduced memory loss caused by Alzheimer’s in mice, but that study was related to genetic Alzheimer’s. This form of the disease only accounts for 1-3% of cases.

In the team’s most recent study, they fed the prematurely aging mice a daily dose of the compound in their food for seven months. A separate group was fed the same food without fisetin. The team examined certain proteins associated with brain function, inflammation and stress response.

After 10 months, Maher said the differences between the two groups was “striking.” Mice fed the fisetin compound had no noticeable differences in their behavior, inflammatory markers or cognitive ability. The group that was not fed fisetin had elevated markers of inflammation and stress, and had difficulty with cognitive tests.

The researchers found no acute toxicity in mice treated with fisetin, even when given high doses of the compound.

While Maher acknowledges that mice are not people, she is confident that there are enough similarities to warrant a closer look at the compound.

“We think fisetin warrants a closer look, not only for potentially treating sporadic AD, but also for reducing some of the cognitive effects associated with aging, generally,” said Maher.

The next step, Maher hopes, is to partner with another company or group to conduct human trials of the compound.

Fisetin is currently sold as a dietary supplement, but those products are not regulated by the FDA.

The team has also developed derivatives of the compound that may have enhanced properties, Maher says.

“One of the advantages of those is that you can patent them,” she said. “The disadvantage is that to get them into a clinic, you have to go through a lot more regulatory hurdles.”

Maher and her colleagues have also collaborated on research related to other cognitive-protecting compounds. One of those compounds, J147, is almost ready for human testing. The paperwork is  being filed with the Food and Drug Administration (FDA).

The team is still in the negotiating phase of securing funding for a Phase 1 clinical trial.

The J147 compound is derived from curcumin, a compound found in turmeric.

If proven effective and safe, fisetin may be used to help prevent Alzheimer’s and other forms of dementia, a growing problem as the world’s population continues to age.

Aging is, according to the United Nations Population Fund (UNFPA), one of the most significant trends of this century. One in eight people in the world is over the age of 60. By 2050, UNFPA estimates that 22% of the population will be 60 and older.

Alzheimer’s disease in older individuals is closely linked with other medical issues, such as incontinence, which requires caregivers to take on the additional tasks of changing bed pads (or chux) and adult diapers.

As researchers continue to learn more about compounds and their cognitive-protecting properties, Alzheimer’s cases may begin to decline. A decline in Alzheimer’s and dementia may help reduce the expected shortage of medical care professionals needed to treat aging patients.

The research team is currently trying to secure clinical human trials, but such treatments will likely not be available to the public for years.

The Salk study was funded by the Burns Foundaiton, the Alzheimer’s Association and the National Institutes of Health.

Filed under: Diet
Share Tweet Pin G Plus Email
previous article: 5 Awesome Ways to Promote Your Brand and Establish Credible Identity
next article: Time for Accountability with the Iranian Regime, According to U.S. Rep Ted Poe