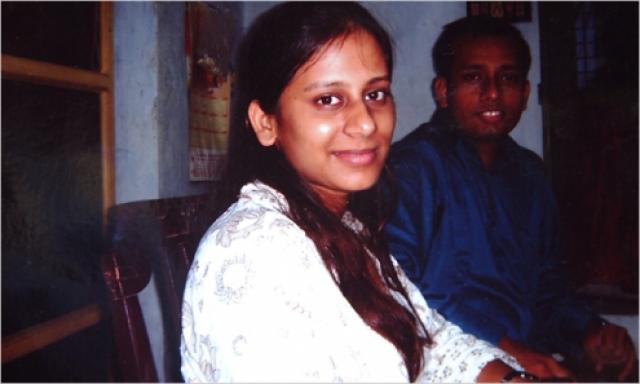 In 2008,a major news story that dominated the local TV stations in Calcutta for several weeks was the death of a bright young man.His body was found dead beside railway tracks near Calcutta.I narrate the story in a nutshell.Rizwanur, 30, was found dead between Dumdum and Bidhannagar Road railway station on 22Th September 2007,body covered with injury marks and head smashed a month after marring local business tycoon AshokToddy’s daughter against her families wishes.
The youth had accused lalbazar, head quarter of Calcutta police of pressuring her wife to return to her father and threatening to arrest Rizwanur for kidnapping if she didn’t ,according to his family and an NGO whose help he had sought.According to the Association for Protection of Democratic Rights,Rizwanur’s complaint said that Assistant Commissioner(anti rowdy section) Sukanti Chakraborty and deputy commissioner(headquarter) Gywant Singh had tried persuasion. Later City Detective Chief Ajay Kumar issued the arrest threat on September prompting the girl to go back for seven days to Todi’s Saltlake home from where she never returned.Later,all the accused police officers including Police commissioner were transferred.
Chief Minister of West Bengal, Buddhadeb Bhattacharya ordered a CID(criminal Investigation Department) probe into Rizwanur’s death.Later, the case was handed over to Central bureau of Investigation(CBI).TV stations tried to compete each other -live footages -sensationalize the whole issue-even cross the journalistic ethics-violating people’s privacy.They follow CID later CBI officials blindly and ‘hijack’ people related to the case who were questioned by the central investigative agency,to their studious.But,unlike Tehelka, a magazine, conducts independent investigations on several high profile cases,local TV stations avoided independent investigations on this particular issue.For instance,in Nithari murder case after a four-week-long Investigation, Tehelka exposed that police had helped Moninder Singh Pandher,Nithari’s serial killer to cover up the entire episode where at least 19 children missing from Nithari, a slum in Noida near Delhi from 2005 to 2006.Their sting operations blew the cover up.But TV stations of Calcutta by and large avoided independent investigations and blindly followed the theories of CBI.They could have done the investigation by obtaining call details of Rizwanur and others closely associated with the case from the service providers and conducted their investigation independently like traditional muckrakers.