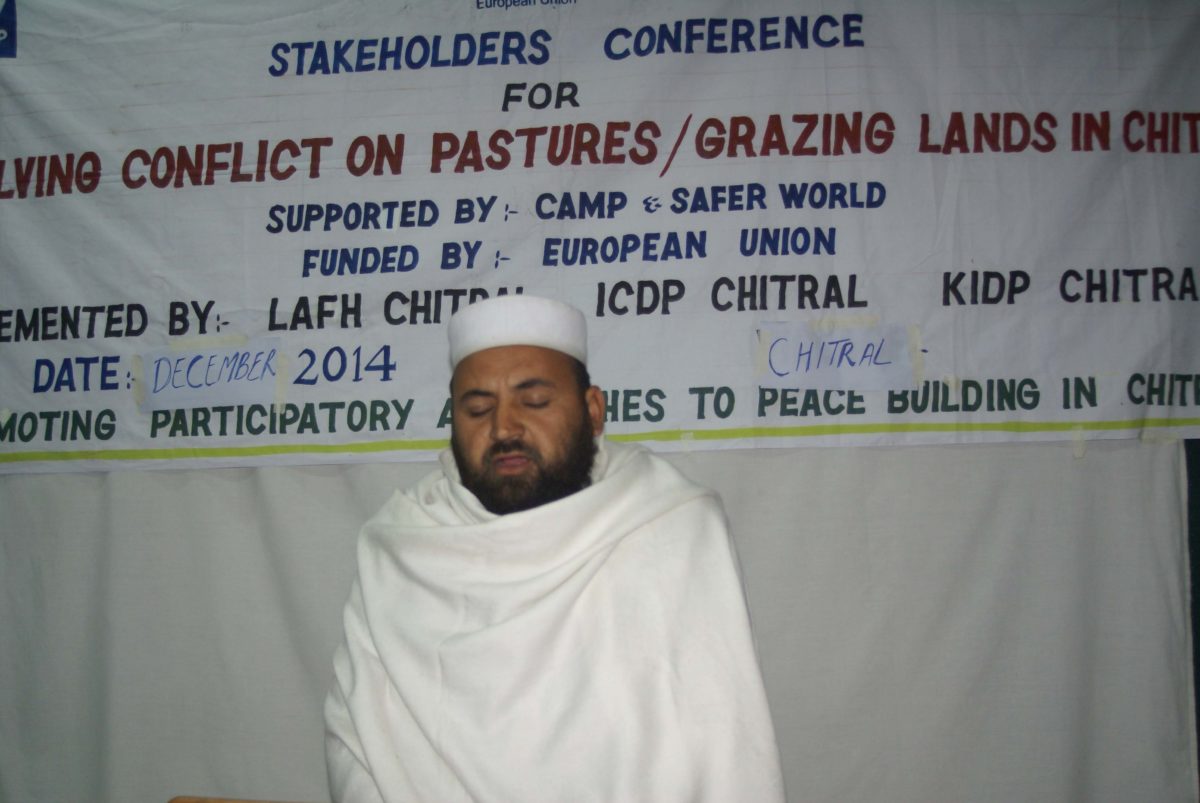 CHITRAL:  Multi-stock holder’s conference organized by  Legal Aid Forum for Human Rights  (LAFH)  and its cluster organizations KIDP and ICDP to resolve conflict on grazing lands/pastures held in Chitral. Overall aim of this conference was to develop system/mechanism for grazing in pastures which has become bone of contention among local community and goat herders for the last many years. The project is funded by EU, and implemented by CAMP and Safer World.

Opening the conference Rehmat Ghafoor Baig Board member of ICDP and social figure welcomed the participants and President LAFH   Abdul Nasir highlighted aim and objectives of the conference in detail.  Speaking in the conference speakers  said that there is no clear rule exists in constitutions to regulate grazing. However they referred 1975 notification in which all pastures, forests and river beds have been declared as state property and community members avail of these resources except taking these into ownership.

Conflict on pastures/grazing lands is going on in Chitral for the last many years among goat herding community and local people in Chitral especially in village Jughore, Uchust, Singoor and Reshun etc prolong litigation among the conflicting parties have developed volatile atmosphere in the area.  Representative of the conflicting parties Haji Shinwari, Haji Zamarud and other expressed serious apprehension about grazing and risk of floods in the area and they also provided detail information about the conflict and its legal repercussion.

Professor Rehmat Karim Baig addressed the conference and said revival of indigenous/old system of grazing is the only way to resolve the conflict for good. He said that there was committee in each village in the past to regulate grazing which was disturbed and resultantly these conflicts surfaced in the area.  Amirulla Ex- UC Nazim thanked LAFH and its team for their  meritorious  efforts to resolve conflicts on grazing in Village Reshun and he said that CAMP and Safer World took commendable initiatives to resolve this tumultuous issue which has posed threat to peace in Chitral.

Ziauddin educationist and prominent figure of Singoor also spoke on the occasion and he also proposed that agreement signed among grazing community and local people should be honored and district administration should also play its role for implementing these important documents to control conflict in the area. Manager Anwar Baig also spoke on the occasion and said that goat herding is the oldest profession of people in the area and problem roused when the old and traditional system of grazing had been neglected in the area. Representative from Jamat Ulama Islam  Abdul Sami said that alternative source of income generation should be provided to goat herders to resolve the conflict for good. Representative of Chitral Scouts Subadar Majo  Fatahulla also participated in the conference while Chitral Police was represented by SI-Legal Muhsinul Mulk.

Chief Guest of the Multi-stock holder forum and PML (N) District President  Saeed Ahamd  said that there is no clear rule exists to regulate grazing in Chitral and by-laws should be formed in District Assembly to regulate grazing plus developing system in order to resolve this conflict forever. All other members of political parties Ex-Union Council Nazims also agreed with this proposal, and the conference ended with the positive note that by-laws will be formed at District Assembly level when local government system will establish in the district. In this connection LAFH and its cluster members will facilitate local government members to develop by-laws and passing it in the local assembly.

With these positive notes Former Amir Jamat Islami and religious scholar Mr. Sher Aziz concluded the conference with his thanks to conference organizers. 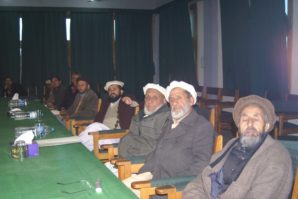 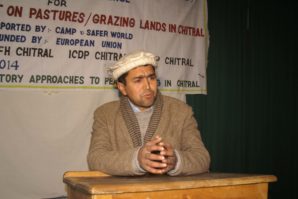 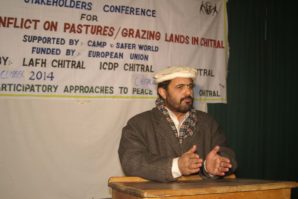 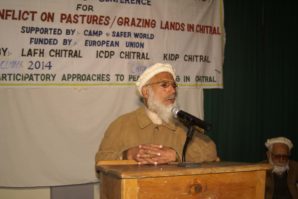 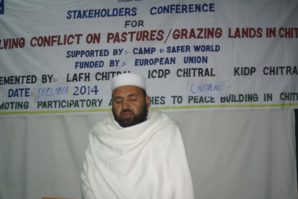