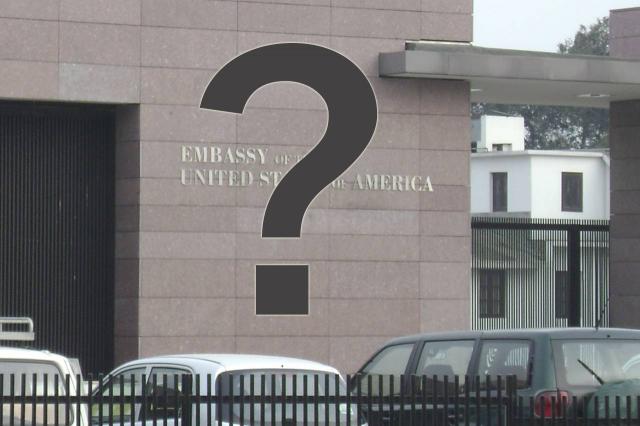 Kathmandu, August 19, 2011: The US Embassy in Nepal is further surrounded in controversy with the opening of the official sealed letter that was founded with the fake passport holders on 26 July 2011 at the Tribhuwan International Airport (TIA). The Central Investigation Bureau of Nepal Police had arrested three Tibetan refugees  Tsering Tashi Gurung (34),  Tenzin Jayang (15 years) with Nepali Passport No: 5218246 and Lhamo Tesring (12) with PP No: 5218241 at the TIA. Tenzing  and Tesring  were about to fly to the US with fake Nepali passports  and confiscated an official sealed letter issue from the US Embassy in Nepal. They were trying to board a Gulf Air flight for Turkey with Nepali passports and citizenship certificates supposedly issued by District Administration Office, Kathmandu.

Due to pressure of the high profile diplomatic relationship, the issue was handled with priority when the letter of the sealed envelope was opened by CBI.  The content of the letter addressed the immigration officer at the US entry point saying, “The carrier of the letter is a Tibetan Refugee.”

According to police source, the embassy had approached Hanumandhoka police station in search of the official document but since the envelope was crucial part of the investigation and could bring light to the investigation process, we could not let it go. So we took a stand and we kept the letter.

With the issue the question that has been raised is the direct involvement of such a pristine institution like US embassy in an illegal act in a foreign land in recognizing the fake passport holders and issuing a Visa and a legal document to the culprits. The CBI is still under investigation of the relative involvement and building a case against the culprits.

In support of the issue Nepal’s top most publication house The Kantipur Writes after opening the US embassy’s sealed Envelope, “The article highlights the details of the case and searches answers of the US embassy in Nepal’s involvement in such illegal act.”

With this issue, a hug concern has been raised against the US embassy in Nepal and its credibility. From time and then the US embassy has been rejecting Nepalese citizen from getting US visa reasoning fake documents where on contrary its involvement in such illegal activities question its legal grounds and image.