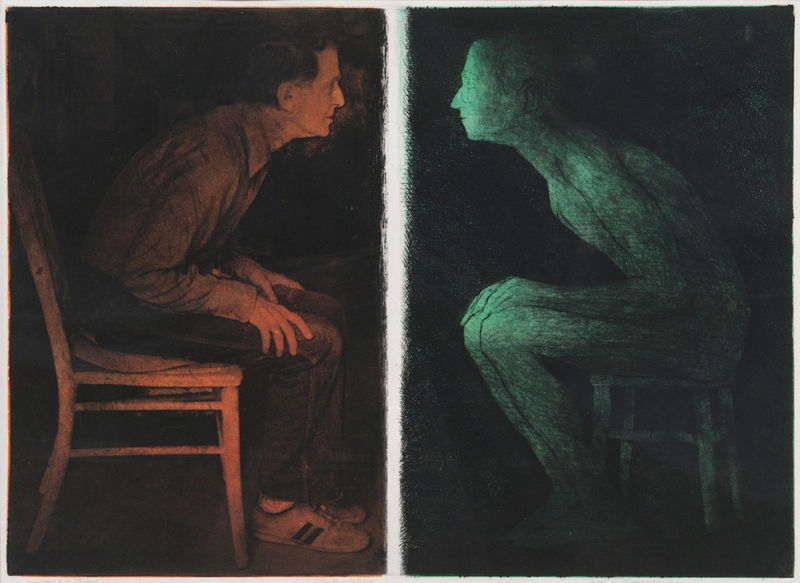 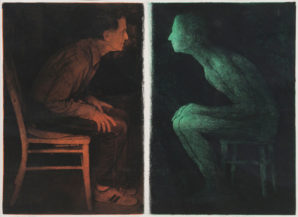 Ivey, Ivey, & Zalaquette (2012) pointed out clients who go into counseling very often find themselves ‘stuck” or “having no alternatives for solving a problem, or at best, a limited range of possibilities.” (p. 161.).

I watched a video that featured a Gestalt therapist,  Erving Polster counseling a resistant, umotivated, reclusive client, Gerald. Gerlad had been referred by his sister, Suzanne because she was concerned about his reclusive behavior. He had mot left his home in San Diego for three months.Gerald also asserted he did not believe in therapy and warned  Dr. Polster not to use obvious therapeutic techniques. In the video, Polster (Psychotherapy.net,2006) confronts Gerald gently, more or less conveying, “On the one hand, you have a high regard for me, but on the other, you don’t have a high regard for the process, or for therapy itself.” (3;54). Polster (Psychotherapy.net, 2006)  discusses in the video that he realizes using therapeutic procedures will only alienate Gerald. Polster (Psychotherapy.net, 2006) in the video, noted referring  to not using therapeutic procedures, noted, “This will involve meeting and matching him with sarcasm, humor, intensity, and common sense.”  Gerald is resistant during the first session and wants to take control which Dr. Polster will not allow. Gerlad asserts he is an analytical person and does not believe insight can lead to change. He claims he has insight into himself. He insists he has insight already. Finally, in the video, Polster (Psychotherapy.net, 2006) confronts Gerald ( but in his voiceover narrative admits he knows he is treading on risky territory.) and tells Gerald, “ Yeah, I know you think you do, but you think you know a lot of things you have only partial knowledge of.” Dr. Polster (Psychotherapy.net, 2006) in the video feels the confrontation is key as he does not want “to take control of what he can and cannot gain from the session, and our work together,” Polster (Psychotherapy.net,2006) explains in the video.  Using confrontation was warranted in order for the client to remain in therapy this was evidenced by Gerald’s acknowledgement toward a later session where he credited Dr. Polster for why he stayed in therapy as long as he did. Gerald said he felt good that Dr. Polster “did not take any shit”  from him. Ivey, Ivey, & Zalaquett (2012) observed  it’s important for counselors to hold their ground when counseling anti-social clients as the anti-social client “does not respect apparent weaknesses in interviewers.” (p. 167).

Buckley (Laureate Education, Inc. 2010) uses confrontation when addressing Michelle (2:43) and tells her, “You may be making assumptions about your Dad that may not be his intentions.” This was after she was encouraged by Buckley to tell her father how she felt. She said several harsh things about  how she did not want to be pressured by him on how she should conduct herself in public. In the video, Buckley’s  (Laureate Education, Inc. 2010) confrontation was warranted as it gave Michelle food for thought. Egan (1998 ( as cited in Strong & Zeman, 2010) explained, “ Confrontation is sometimes regarded as a way of challenging blind spots or to mobilize resources clients are not using.” (p. 333).

In dealing with a client like Gerald, resistant to therapy and emotionally disturbed, it would be important for me to identify the internal and external conflicts influencing his behavior. Ivey, Ivey, & Zalaquett (2012) pointed out, “Internal conflicts can be identified through mixed messages in non verbal behavior, inconguiences between verbal statements, and discrepencies between what a person says, and what he or she does.” ( p. 164). Once these are identified, the researchers suggest using listening skills and summarizing to help the client reach a resolution. The researchers also noted it’s important for the counselor “to objectively draw out the specifics of the conflict or mixed messages, using questions or other listening skills,” (p.166.).  In identifying the external conflcits of anti social client like Gerald,  I would need to carefully examine (before using confrontation) “discrepencies between the client and the external world…with other individuals ranging from friends and family to people at work or contacts in the community.” (p. 164). In the video, Polster (Psychotherapy.net, 2006) pointed out Gerald, although reclusive, craved contact, but still kept it at bay. Like Dr. Polster, I would demonstrate firmness and consistency with my use of confrontation with him. This would be key in order to gain his trust as Dr. Polster did. Gerald seemed to have a sixth sense about recognizing inauthentic behavior in therapists. With Gerlad, it would also be important for me to practice genuineness while using confrontation.  I might say, “Gerlad, on the one hand, you don’t want to be here, but  since we’ve been talking, you’ve revealed many details about yourself. I’m thinking you do want my help.”

Ivey, Ivey, & Zalaquett (2011) noted that confrontation need not be harsh, or intense.The researchers explained confrontation is “a gentle skill that involves listening” ( p. 161) in an empathetic way in order to help them sort out their situations in a focused way. Dr. Polster used confrontation with empathy, as well as firmness. He also felt at times he was taking a risk at not being to reach Gerald. I would use a level of intensity appropriate with the situation, but at the same level of intensity as I use empathy.

Ivey, Ivey, & Zalaquett noted the goal of confrontation is to  help the client reach a resolution with their issue, gain clarification, and open up new vistas of possibilities. The researchers explained confrontation is helpful in leading clients to expand their thinking and be challenged to discover new perspectives.

I am comfortable using confrontation as it is a tool that supports the processs of change an d growth. Ivey, Ivey, & Zalaquett pointed out confrontation often provides clients with the impetus to embrace change. “Clients often need challengs to increase their motivation to change, and a supportive confrontation helps them reach core issues of their problem or conflict more quickly and with greater precision.” (p.162.).

Psychotherapy.net (Producer) (2006). Psychotherapy with the unmotivated patient. Retrieved from the Walden library databases.

Strong, T., & Zeman, D. (2010). Dialogic Considerations of Confrontation as a Counseling Activity: An Examination of Allen Ivey’s Use of Confronting as a Microskill. Journal Of Counseling & Development, 88(3), 332-339.