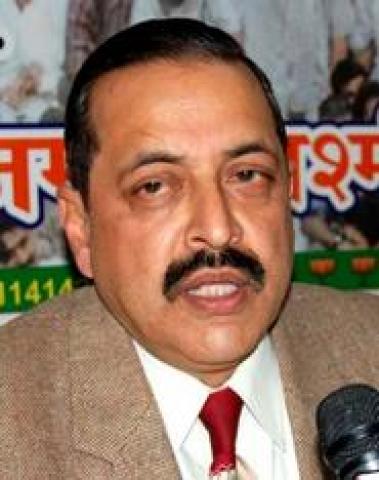 BJP today challenged the Congress
party leadership to come out openly in projecting genuine aspirations of different
regions of state, if it was really honest about it. BJP National Executive
Member & State Chief Spokesperson Dr. Jitendra Singh claimed that demand
for having separate provincial councils for each of individual provinces of
Jammu and Kashmir was made by party way back and if Pradesh Congress unit reportedly
felt constrained to place the same demand before Union Home Minister during his
visit to Jammu last weekend, it was only a vindication of consistent stand
taken by BJP over the years with objective of ensuring equitable distribution
of resources and opportunities among different provinces and districts of state.

This was the only way to end
political, economical and psychological discrimination felt by people belonging
particularly to Jammu and Ladakh, he said and added that Pradesh Unit of
Congress Party cannot be indefinitely allowed to have cake and eat it too. By
maintaining a convenient public silence about National Conference stand on
issues like autonomy and troops withdrawal, Congress is letting out impression
that it is keener to continue with its power-sharing arrangement in state than
to take a definite public posture on issues which it claims to be concerned
about.

Dr. Singh said that Congress has
exposed itself as being “flexibly” nationalist by being a part of a separatist
friendly coalition government in state. Dr. Singh suggested that State Congress
leadership should take other cues also from BJP agenda and forcefully as well
as openly support BJP demand for delimitation of constituencies and full
effective implementation of 73rd & 74th Amendments before holding of
Panchayat elections.