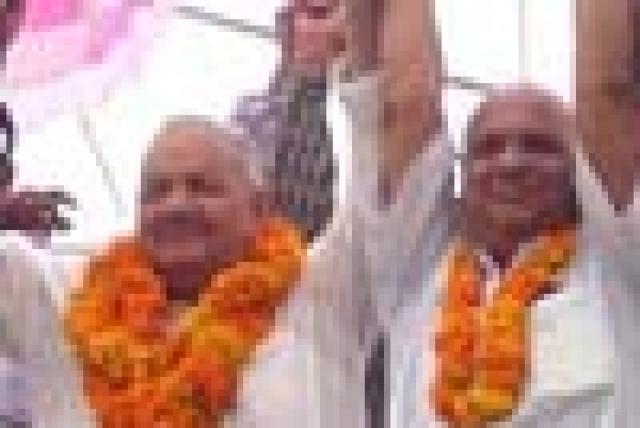 Jammu, May 26 (Scoop News) – BJP Legislators Party, Prof. Chaman Lal Gupta alleged that Congress is the mother of almost all the ills and their biggest folly was the grant of separate status to Jammu and Kashmir after accepting the partition of India on communal bases. The cheating of the nationalist people after their promises Pakistan would come to be on their dead bodies, he recalled that Congress leadership had not only become instrumental for painful division of Bharat in but 1947 communal considerations they granted a separate status to Jammu and Kashmir, under Article 370, which has come to be a thorn in the polity for which the entire country is facing its pain and sufferings.

Holding the Congress and its adopted child, the National Conference as responsible for naked discrimination against Jammu, the leader of the BJP Legislators Party, Prof. Chaman Lal Gupta, has ridiculed the claim of the Pradesh Congress Chief, Prof. Saif-ud-Din Soz that his party was committed to balanced development of all the regions and there was no scope left by this coalition for any injustice.

Addressing a meeting of the party activists in Jammu Prof. Chaman Lal Gupta pointed out that the leaders of the Congress and its bed-follow, the NC, were always acting under communal and regional considerations and Jammu was extended step-motherly treatment in all the spheres of life including the political representation to Jammu in the Lok Sabha as also in the state assembly.

In this regard, the BJP leader pointed out that the voters strength of both the regions viz Kashmir and Jammu was almost equal and the geographical area of Jammu was almost double to that of Kashmir valley but in the Lok Sabha Jammu has been granted just two seats and in the assembly 37 seats as against three Lok Sabha and 46 assembly seats to the valley. And their high-handedness was so deplorable that in 2001, the NC government had manipulated an Amendment in the State Constitution under which an embargo has been put that there would be no delimitation in till 2026. And thus, the political slavery has been imposed against for many years to come.

Lashing upon the Congress, Prof. Gupta pointed out that the Congress in 2002 and then in 2008 assembly elections had promised through their manifestoes that they would bring a Bill to ensure early Delimitation of Assembly Constituencies but the Congress leaders especially Prof. Soz owe an explanation that why they are keeping mum on this basic issue which relates to all the developmental and other activities.

Prof. Gupta quoted several instances of discriminational against Jammu in the matter of developmental activities and pointed out that how the development of tourist resorts like that of Mansar, Surinsar, Sanasar and other several places is being ignored even by the Congress government at the Centre while sanctioning hundreds of crores for Dal Lake, Wullar and Jhelum whereas only a few crores for water bodies of Jammu.