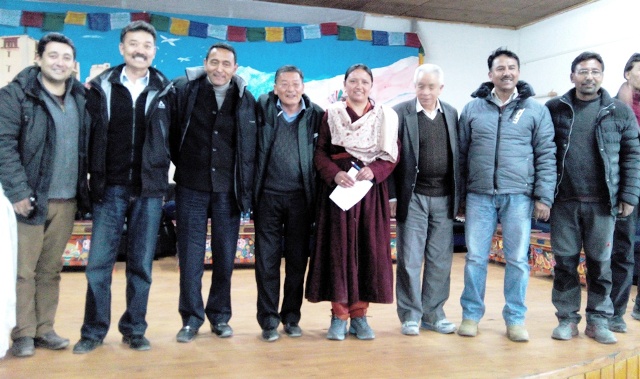 Leh, April 1, (Scoop News)_ A sizeable section of about 500 Mahila Congress Committee members,
organized by the District Mahila Congress Leh, held a meeting on Tuesday in support of their party candidate Tsering Samphel.

Samphel is contesting from Ladakh Parliamentary Constituency in the upcoming Lok Sabha elections.

Recalling the contribution of Congress Party to Ladakh region in the last 50 years, Congress leaders appealed the women of Ladakh region to wholeheartedly support the congress candidate in the upcoming Lok Sabha election for the development and prosperity of Ladakh region.