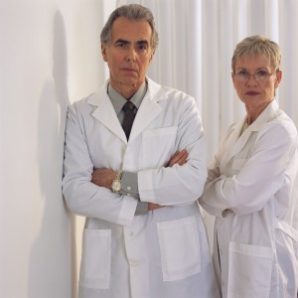 Rep. Honda used the analogy of the Hippocratic Oath to apply to Congress. He doesn’t seem to realize that doctors today, especially in the United States make a complete mockery of the Oath themselves. Sorry – but perhaps he should of used a different analogy all together.

On January 8, 2014 Rep. Honda of California asked and was given permission to address the House for 1 minute and to revise and extend his remarks. There he was critical of Congress for harming the American people, he also used the analogy of the Hippocratic oath.

The Hippocratic Oath is an oath historically taken by physicians and other healthcare professionals swearing to practice medicine honestly. It is widely believed to have been written by Hippocrates himself, in the late 5th century BC. The oath is considered a rite of passage for practitioners of medicine in many countries, although in the U.S. it is often made a mockery by doctors who refuse to follow it in practice. It reads in part:  “I will prescribe regimens for the good of my patients according to my ability and my judgment and never do harm to anyone.”

“Mr. Speaker, if there were a Hippocratic oath of legislating, it would prescribe that we, above all else, should do no harm, but we have a habit of violating that foundational precept.”

“We have allowed unemployment insurance to 1.3 million Americans to expire, and that will not help our economy and will cost 200,000 jobs. In 1 month we face the recurring hostage-taking ritual that has become raising the debt limit. These debt limit showdowns have a real cost to our economy”, he said.

“The Government Accountability Office found that delayed action in 2011 resulted in $1.3 billion in higher borrowing costs. We can avoid that cost by enacting permanent reforms to the process like the ones employed in the recent debt limit adjustments”, said Rep. Honda (source: Congressional Record http://thomas.loc.gov).

See related article: Even many doctors want to force colleges to violate the Hippocratic Oath http://www.consciencelaws.org/ethics/ethics086.aspx