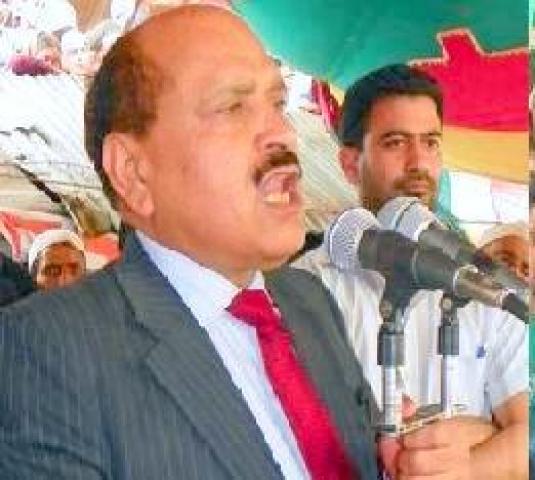 Sopore/Srinagar, April 12 (Scoop News) –  Former Minister and Member AICC Abdul Gani Vakil today said that Congress has always stood for the high principals of secularism, amity and brotherhood in the country and same trait is being nurtured and propagated in the State. Vakil said that welfare of people of and solidarity between various regions is the benchmark of Indian National Congress’s politico-development policy and the party is working in the direction of restoring permanent peace in the State besides ensuring equitable development of all regions and all sections of the society. Vakil was addressing a District Congress workers convention at Dak Bungalow Sopore today.

Vakil cautioned workers of those elements who are in a conspiracy to weaken the Congress for their vested interests and said every effort would be made to foil their evil designs because country cannot afford to weaken nationalist forces as it will be dangerous to the political and national interest. He stressed that strong is needed in Jammu & Kashmir because it is the only party which does not believe in double standards and in exploiting the sentiments of the people simply for voting consideration. It is unfortunate that those whose duty was to work for restoration of peace and to address grievances of the people genuinely are bent upon more in exploiting sentimental issues rather to work for development and prosperity of the state added Vakil.

Lashing out at the opposition PDP for making statements on corruption, he said, “Instead of shedding crocodile tears on corruption issue PDP should look how many of its ministers were involved in corruption when they were in power and their cases are still pending in SAC.”

Vakil asked party workers to strengthen Congress and coalition as well. He said that policies and programmes of Congress must be taken up to grass root level. He asked the party workers to prepare for elections of local bodies which will be held soon.

Vakil urged Chief Minister to take fight against corruption to it logical conclusion. He said once corruption is eradicated, the state will begin working towards being self reliant. Vakil maintained and said “For how long an economically potential state like J&K having rich minerals, forests, hydroelectric power, tourism and agro-based raw materials will depend upon Central funds. The state needs to be self reliant and generate enough revenue to meet its challenges”.

Vakil asked the party leaders of both Congress and National Conference to work in tandem, strengthen the bonds of coalition and help the government fulfill its commitments made to people.