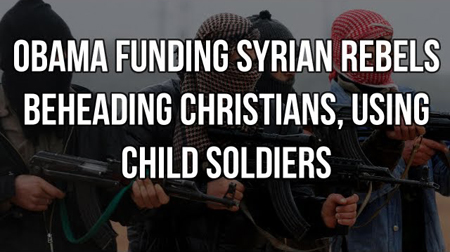 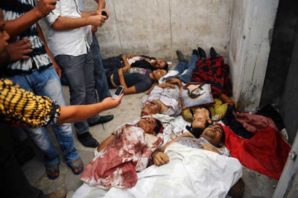 Massacre of Christians in Egypt in 2014.

On July 11, 2014 Rep. Kerry Bentivolio from Michigan asked for and was granted permission to address the United States House of Representatives for 30 minutes regarding the plight and suffering of Christians in the Middle East:

“Madam Speaker, there is a lot of uncertainty and instability in the Middle East. Violence and chaos are persistent themes, and political uprisings, revolutions, insurgencies, and waning democracies have controlled the dialogue on the Middle East for the last couple of years. But, if you dig a little deeper, you will find another story just under the surface, a story that we don’t hear quite enough about: the plight of Christians as a religious minority in the Middle East.

Just the other day, I had a meeting with a few of my constituents who are Coptic Christians, and we discussed many of the issues facing the Coptics in Egypt. Coptics are the native Christians of Egypt, who have been a part of the Egyptian community since the 5th century A.D. They are still one of the largest Christian minorities in the Middle East.

Coptics in Egypt face growing threats of persecution, violence, and restrictions on religious practice. They have been targeted for kidnappings. In 2013, St. Mark’s Cathedral was attacked during a funeral ceremony for Coptics and a Muslim who were killed in prior violence.

After President Morsi was removed from office in July 2013, a wave of violence against Christians ensued. Hundreds of churches, homes, and businesses were attacked. Violence against Coptic Christians in Egypt is nothing new, and I fear that it will persist unless something is done to resolve the issue. 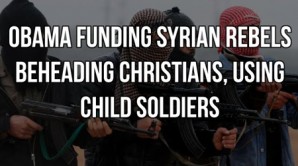 Chaldeans are fleeing Iraq at an alarming rate, as many of them have sought refuge in my home district in Michigan. They are concerned about what is happening in Iraq, as many of them still have family there. Churches and homes are being looted and destroyed, and this leaves no other option for much of the community than to flee. If the situation in Iraq doesn’t reverse, it is likely that the majority of Iraq’s remaining Christian community will have to seek refuge elsewhere.

Madam Speaker, Assyrians are also continuing to face troubling times in the Middle East. Since the beginning of the war in Iraq in 2003, Assyrian Christian communities have been targets for attacks. Churches and monasteries have been targeted for bombings.

Assyrians have long been persecuted for their Christian beliefs, and they suffered greatly during the Assyrian genocide of the early 1900s when nearly 300,000 Assyrians were killed. Like many other Christian populations in the Middle East, they have fled and sought refuge elsewhere.

Madam Speaker, in Iran, the harsh persecution of Christians continues. According to a UN report, Iran has continually imprisoned Christians, citing “national security” as the justification.

Pastor Saeed Abedini is currently the most visible example of Christian persecution in Iran. Although there have been numerous calls for his release from Congress and from the President, he is still sitting in prison. He was sentenced to prison by a judge who has been known for religious freedom violations. His trial was decried by human rights groups as unfair and unflawed.

Ethnic Christians, such as Armenians, are often under surveillance or are forced to report their activities to the Iranian Government. Protestant Christians are also viewed unfavorably by the Iranian regime. Furthermore, converts from Islam face particularly harsh consequences, as they can be charged with blasphemy or even face charges from revolutionary courts for political crimes.

These countries are all listed by the United States Commission on International Religious Freedom as tier 1 countries of particular concern, meaning they are the worst perpetrators of religious freedom. However, the Secretary of State has not officially recognized either Egypt or Iraq as a country of particular concern, likely due to the United States’ security interests in both of those countries, as a designation would carry the likelihood of sanctions.

Madam Speaker, many of my constituents and I are gravely concerned about the plight of Christians as religious minorities in these countries and the role the U.S. plays in aiding them.

Madam Speaker, “If you want a friend, be a friend.” This notion applies directly to the situation at hand. Religious freedom and human rights concerns have long been at the back of the line in U.S. foreign policy decisions, and it may be time to rethink our approach. We have continually supported regimes that are unfriendly to their people, religious and ethnic groups, and even the United States.

Madam Speaker, if we are going to support foreign governments with equipment and funding, we must more thoroughly consider the long-term impact of the freedoms of their people and the corresponding impact on relations with the United States.

Countries that continually abuse religious groups, such as Christians, are never going to see eye to eye with the United States because they lack the fundamental belief in the freedom of religion, which is the founding principle of this country.

If we want friends in the Middle East, we have to encourage respect for religious freedom and diversity, not just build strong governments and militaries. If we do this, strong relationships with these countries will be an inevitable outcome, and they will be more stable as a result.

Madam Speaker, thank you for the opportunity to speak to you today.

I yield back the balance of my time”, said Bentivolio.

NOTE: The United States has supported the government of Egypt to the tune of $1.5 billion US dollars this year? Why are we rewarding this government which allows the slaughter of Christians?

It should be noted that the House voted in favor of that by the way? See article:  U.S. House defeats bid to cut $300 million from Egypt aid allotment http://www.worldtribune.com/2014/06/26/u-s-house-defeats-bid-cut-300-million-egypt-aid-allotment/

See special reports in regard to Syrian rebel groups slaughtering Christians in Syria and Iraq:

Has the Obama administration ever armed ISIS with lethal weapons? Inquiring minds would like to know! https://groundreport.com/has-the-obama-administration-ever-armed-isis-with-lethal-weapons-inquiring-minds-would-like-to-know/

Filed under: News, Politics
Share Tweet Pin G Plus Email
previous article: “America’s fleet should, this minute, be off the coast of Israel”, said Rep. Trent Franks
next article: U.S. House of Representatives passes “resolution” in support of Israel’s right to self defense against Hamas