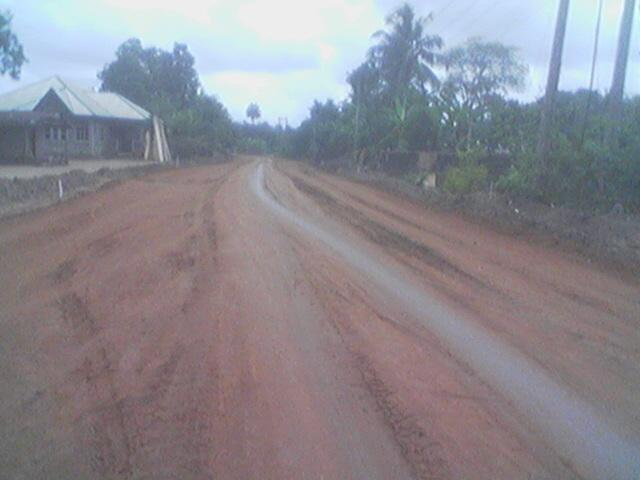 Construction of Roads in Ngor-Okpala and Matters Arising

The first quarters of 2012 in Ngor-Okpala, will remain evergreen in the minds of its inhabitants. The reason for this is not hard to seek. This is because of the massive road construction that is on-going in some parts of the council area. In January 2012, the state government started the construction of Umukabia road which leads to the council headquarters in Umuneke. This is the road that is experiencing rehabilitation from the current government in Imo State as efforts in the past by previous administration to wit; former Governor Udenwa and Governor Ohakim made little or no effort to rehabilitate it.

In addition to the above road, others that are witnessing maiden construction include; Mbutu/Egbelu/Uvuru road, Umucham/Umuaku road, Umuaghara/Umuakiri/Umuche road, Umuowa/NguruImerienwe road, Umuneke Ngor road (as well as the road that leads to the palace of the traditional ruler of Umuneke, Eze Nwachukwu Fredrick) Obekwe road etc all in Ngor-Okpala L.G.A. The roads under construction range from 4 kilometres and above. For example, Umuocham/Umuaku road is 4 kilometres and the contractor should complete the road in six months according to reliable sources.

Reacting to the unprecedented massive construction on-going in the L.G.A, the traditional ruler of Ntu Community, His Royal Highness, Eze Simon Nwake averred: “I am highly elated, over joyous and grateful to the present administration headed by Governor Owelle Rochas Anayo for having remembered my community as well as other communities in Ngor-Okpala. This is the first time we are witnessing road construction in this community. I and the people of Ntu community are well pleased with him and pray that God will continue to bless him”.

In addition to the appreciation extended to the present dispensation by the above traditional ruler, opinion leaders, youth leaders, market women, etc have also followed in appreciating the good gesture and initiative of the state government.  In spite of the appreciation, there seem to be bottled feelings among the inhabitants as to whether the government will be able to finish the project within six months given to deliver the roads. Their feelings may not be unconnected to what most people described as the snail pace of work going on in some areas where contractors stop work because they hardly get gas as quickly as possible that will be used by their earth moving equipment.  Another is the issue of making sure that adequate drainage system is provide to take care of flooding in the events of heavy downpours that may contribute to the untimely collapse of the roads if finally completed.

While it is imperative to emphasis the significance of building the roads as it will not only open up the rural communities with the urban areas as well as neighbouring states it will also serve as veritable easy access for the conveyance of farm produce from rural areas to urban centres. God bless the current administration headed by Governor Owelle Rochas.