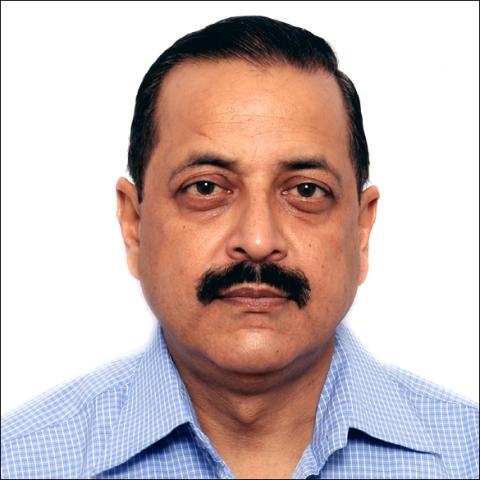 Jammu, April 18 (Scoop News) –    BJP State Chief Spokesperson & National Executive Member Dr. Jitendra Singh has accused Shri Amarnath Shrine Board (SASB) of creating an avoidable controversy over the duration of Yatra and giving out the impression that SASB is inclined to disturb peace in the region by raking up a conflict at the behest of National Conference led coalition government in the state.

Dr. Jitendra Singh pointed out to contradictions in the report submitted by sub-committee of the SASB regarding duration and schedule of yatra and said that on page no. 18 of the report, while para 40 (ii) recommends 25 June 2012 as the date for commencement of yatra on the plea that it is an auspicious day, the very next paragraph that is para 40 (ii) refers to possibility of beginning the yatra from 17 June 2012 which is also, according to it, an auspicious day.

Dr. Jitendra Singh alleged that the tone and tenor of sub-committee report gives the impression that the members of the sub-committee are themselves not sure or convinced about what they are recommending and that they have simply played with words and phrases to accomodate the priorities and viewpoint of the Governor headed SASB.

In para 40 (i) the sub-committee report itself admits that Shri Amarnath Yatra is to commence on “Jyeshta Purnima” but goes on to add that if this is not feasible due to climatic factors, Pooja is to be held at any other suitable place in the yatra area, pointed out Dr. Jitendra Singh and said that better could have been if instead the sub-committee had suggested faster snow-clearing  and track clearance for early start of Yatra. He said that the Pahalgam Development Authority (PDA), which has been assigned the task of snow clearing, is inadequately  equipped for it and asked if the Shrine Board is honest about it, what prevents it from engaging professional services of a specialized agency.

Dr. Jitendra Singh quoted scientific references from Geology books to emphasize the point that  May to September is congenial weather enroute Amarnath Shrine and said the yatra could be made operative for longer period with provision of weather forecasts from time to time.

The BJP has repeatedly appealed to Governor and the Shrine Board to avoid unnecesary conflict on the issue but it seems the ruling NC is prompting the Board to create a religion based controversy with the motive to appease the separatist lobby in the valley, alleged Dr. Jitendra Singh.