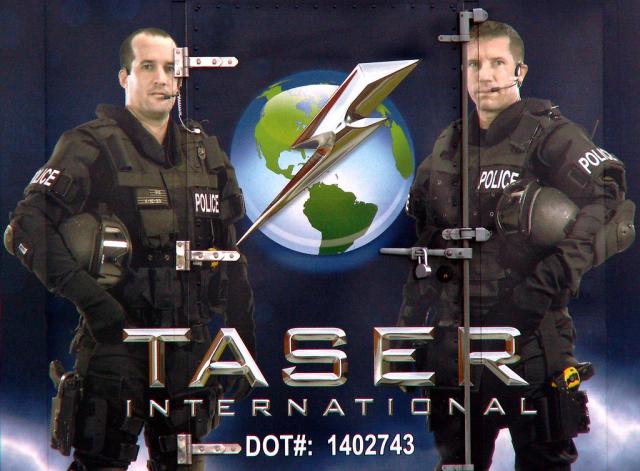 Ex-Winnfield, Louisiana cop, Scott Nugent, might be charged with homicide in the death of Baron "Scooter" Pikes. Scott Nugent tasered Pikes nine times after arresting him for cocaine possession, killing the 21 year-old.

Nugent tasered Pikes six times while trying to subdue him and apply handcuffs during a lengthy resistance to an arrest for cocaine possession. This technique worked against Pikes, who outweighed Nugent by 100 pounds, and he was handcuffed and put into a patrol car. Police say he was talking to police in the car while being transported to the police station. Once there, Scott Nugent tasered Scooter Pikes thrice more and that one of those was a direct hit to the chest. Sources say that after that, Pikes was not responsive to two more of Nugent’s taser hits, leading them to believe he was already dead.

Taser International, the company that made the weapon Scott Nugent used said that "multiple tasings do not affect a person." The attorney for the PIkes family asserts, however, that Baron "Scooter" Pikes suffered a wrongful death at Nugent’s hands. Whether or not Nugent followed proper police procedure has "yet to be determined."

Scott Nugent was fired from the Winnfield police after the ordeal and is currently appealing the decision, saying that he followed standard procedure in the arrest of Baron "Scooter" Pikes. He has not been formally charged with a crime.