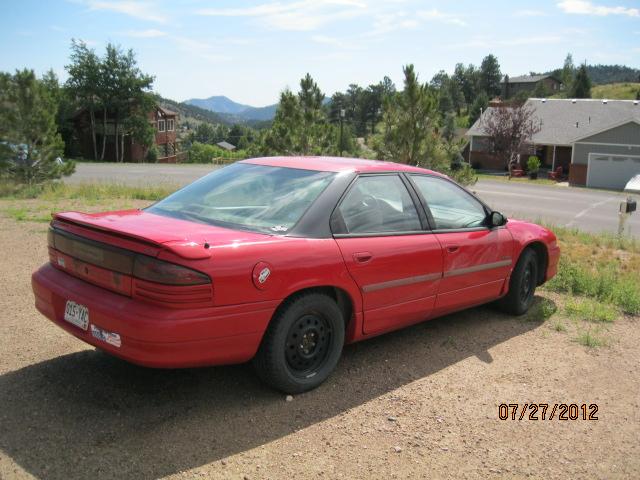 Corruption in Colorado: The Abandoned Vehicle

I live in Evergreen, Colorado in a rather small community in the foothills west of Denver.  It is a nice mountain area and the combination of the open space with a large city nearby is appealing.

I like living here but there are two major problems:  corruption and lawlessness.  State and local government officials are corrupt and this results in lawlessness.  The quality of life suffers.  The community does not move forward.

Following is the story of a simple (micro) problem in this overall (macro) culture.  This is entry number one in a continuing series.

There is a park in my neighborhood and in front of my home operated by the Evergreen Park and Recreation District (EPRD).  The EPRD is a "special district" in terms of organization and legal status–it is basically a local entity for a specific purpose within the state and county.  The park was built about seven years after voter approval to fund its purchase, development, and management.  The park contains of two athletic fields and a playground, as well as two parking lots.  It is seventeen acres total.  It is in a very visible and accessible location and is adjacent to a state highway.

Five or six weeks ago I noticed a fairly dilapidated car parked at the site continuously.  As the weeks past I realized it was abandoned there.  Of course I didn’t know if one day it would disappear on the owner’s volition; I also didn’t know if it was stolen, purposely dumped there, or a harbinger of some other crime.  I chose to wait for either local law enforcement or the park district to act.

They didn’t do anything.

On Tuesday July 17 I sent a brief e-mail to the EPRD, per instructions on their website, informing them of the problem.  The e-mail is here.  Again, nothing happened.

I waited a week and on Tuesday July 24 called the Coloraodo State Patrol.  Abandoning a vehicle on public property is both a criminal code and traffic code violation–a pretty serious offense–in Colorado.  The state patrol initially tried to avoid any action:  the dispatcher said "this is something we don’t respond to" and balked when I got one letter of the car’s license plate wrong.  I looked through my records, retrieved the correct license number, and called back.  This time the dispatcher took my report in an officious manner and I anticipated that action would be taken.

I didn’t want nor did I expect a call back–a car sitting there is self-explanatory–but that was the next step.  This delayed action and made it difficult in that caller identification was not attached (I often do not answer calls from unidentified callers).  Eventually I hooked up with Corporal Rivers who said he wasn’t going to do anything.  He said it is a legally registered vehicle, it is registered to someone in the neighborhood, and that it is legally parked.  That prompted this e-mail.

Thursday June 26 I sent this to Mark Footer, the president of the EPRD board.  I still have not received a reply from him or other elected members of the board.

That same day I called my local sheriff’s office and I explained the situation of the abandoned vehicle.  I was told a deputy would come to my home.  I waited outside.  Approximately 45 minutes later I received a call from Deputy Carmichael; no first name was provided and he too called on a caller ID-blocked line.  He said nothing would be done; further, he said he was some fifteen miles away.  He said the public park is private property, but he would research the situation and follow-up.

I called 303/277-0211, the only number provided for the Jefferson County Sheriff’s Department to adamantly complain.  I was told a sergeant would call me back.  Sgt. Gibson called and said the public park is private property; nothing would happen; he would check on the legal status (i.e., public or private) and get back to me tomorrow.

Several hours later I called the Colorado State Patrol again.  At 9:45 PM an employee of this organization called (I didn’t catch his name), said the car has been sitting there for some time, and seemingly something was going to happen this time…

Friday morning I sent this to District Attorney Scot Storey and Sheriff Ted Mink (no reply received) and this to the Jefferson County Board of Commissioners (no reply either).  Also that morning I noticed (and photographed)  two sheriff’s department SUVs at the park, with employees investigating the vehicle.  Later that day I received a call from Sgt. Gibson explaining that the park is public property.  "You were right, we were wrong," he said.  He offered no apology nor did he indicate how the perpetrators would be prosecuted.

Friday I noticed the car had been "tagged" for towing on Monday, seemingly by the state patrol employee Thursday evening.

Author’s note:  This is the first in a series detailing corruption in Jefferson County, Colorado.  This installment contains the facts of this one incident.

Filed under: US
Share Tweet Pin G Plus Email
previous article: WHY IS PEACE NOT BEING GIVEN A CHANCE IN KASHMIR?
next article: PSIA flies to Toronto for Microsoft’s WPC 2012