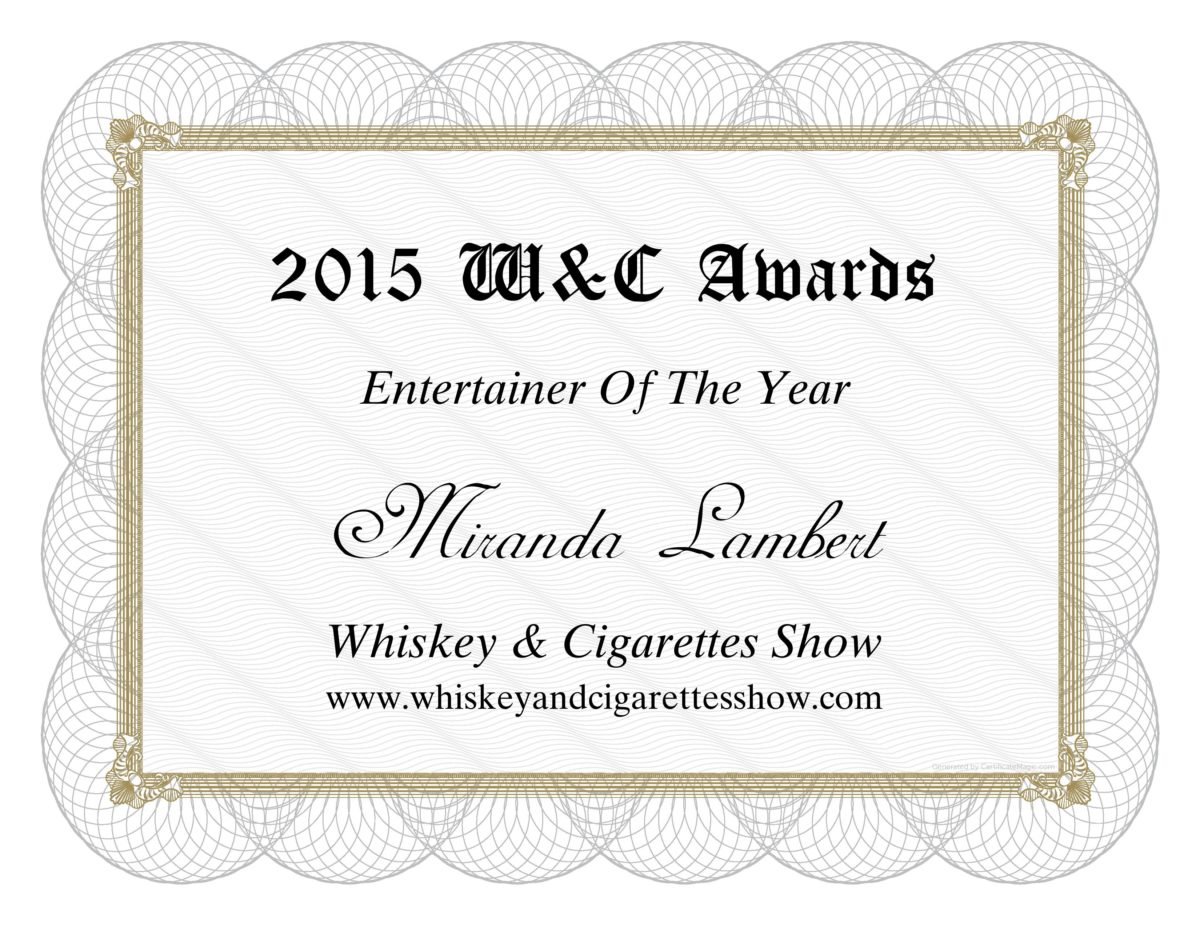 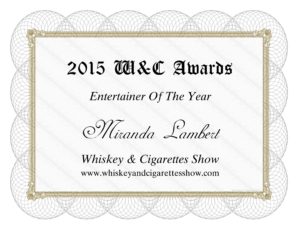 Contrary to the recent controversial statements from radio consultant, Keith Hill, country music’s “Tomatoes” are tops among listeners of the award-winning syndicated radio program, “Whiskey And Cigarettes.”  During their live broadcast on Sunday, the 2015 New Music Awards’ Favorite Internet Radio Station announced the winners of their First Annual W & C Awards (The Whiskeys.) The ladies accounted for wins in 7 out of 10 categories, including Entertainer of the Year, Single of the Year, and Indie Artist of the Year.  Country superstar, Miranda Lambert walked away with two awards, including Entertainer of the Year and Video of the Year for “Automatic.” Newcomer, Morgan Riley was the big winner, though, taking home three awards, including Best Female, Best Single, and Breakthrough Artist.  Other winners of the fan-voted Whiskey Awards include Luke Bryan, Brad Paisley, who took home two awards, Lady Antebellum, Charlie Daniels, and Lindsey Highlander.

Entertainer of the Year
Miranda Lambert

The W&C Award winners were chosen by popular vote, during the month of May, from nominees selected by fan, industry, and listener submissions.  Only one vote per IP address was counted.  For a full list of nominees, visit http://www.mtsmanagementgroup.com/04/whiskey-and-cigarettes-radio-show-announces-first-annual-whiskey-awards-welcomes-billboard-artist-to-watch-tyler-barham/.