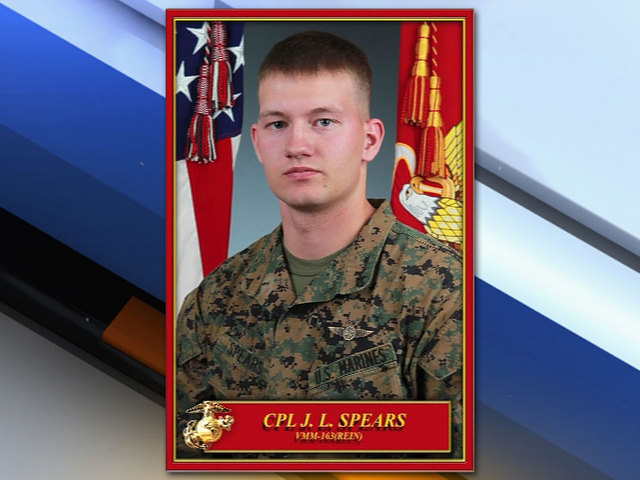 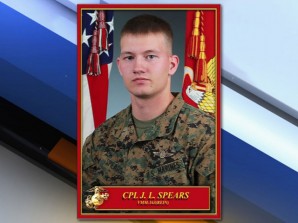 On October 28, 2014 the Department of Defense announced today the “reclassification” of a previously reported death of a Marine in support of Operation Inherent Resolve.

Cpl. Jordan L. Spears, 21, of Memphis, Indiana, was “lost at sea” Oct. 1 while conducting flight operations in the North Arabian Gulf. He was initially classified as a non-global war on terrorism casualty.

Note: According to media reports Cpl Spears bailed out of a MV-22 Osprey when it appeared it might crash in the Persian Gulf is believed to be the first American military casualty in support of U.S. operations against ISIS in Iraq and Syria.

The Osprey, a tilt-rotor aircraft, was deployed as part of the Makin Island Amphibious Ready Group “supporting operations in Iraq and Syria and throughout the region,” the statement said.

Spears, a crew chief, went missing Wednesday when the Osprey “lost power” shortly after takeoff from the USS Makin Island and dropped toward the water, according to the Navy.

Spears and another crew member went into the water when it appeared the Osprey was about to crash, the Navy said.

The pilots managed to get control of the Osprey and land it safely, according to the statement.