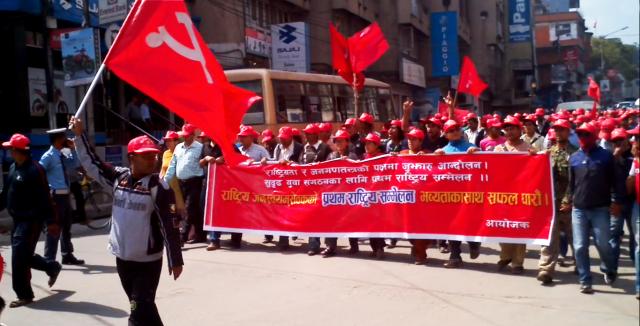 During the program the Netra Bikram Chand sectary of the fraction party said, “We are not here to be ignored, we will fight for our rights where we will not let the sacrifice of 16000 Nepalese go in vain. The current government and its leaders have forgotten their values. We declare a new war against that ideology which is corrupt and lack to understand people’s voices and sentiments.”