A huge amount were embezzled in Warijun Road, Mulko and Torkho road and a sum of rupees 5098305 were recovered  from these accused persons as well as from contractors.

According to the FIR on receiving complaints against their embezzlement Anti Corruption department forwarded the case for technical inquiry vide their letter NO 5046 inquiry NO 33/11 on 22nd June 2011 and technical department Peshawar shown embezzlement in these developmental schemes after analyzing and investigating the case.

It was confirmed from district jail Chitra that Syed Jalauddin Jan SE retired, Qazzafi and Abdul Muzzafar contractors were arrested and sent to jail while police are trying to arrest the remaining accused persons.

In this connection this scribe also contacted Chief Engineer C&W Engineer Muhammad Ijaz Yousafzai who told that not received copy of FIR against these staff not it was published in newspaper to take departmental action against them. Furthermore he added that only Secretary C&W can take legal action against Executive Engineer and SE. Hence this department is not in the position to take any action against retired officers. The matter was also brought into the notice of Mr. Dilroz Khan chairman chief Minister complaint cell but he was also not aware about this case.

Social and political circle of Chitral expressed their great pleasure on crack down against these accused persons in corruption charges and demanded for conducting inquiry in Mastuj, Parwak, Torko road where million of rupees were spent and road shown blacktop but the existing road is still earthen and having big ditches in  its middle. 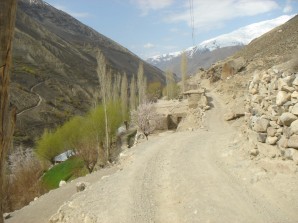