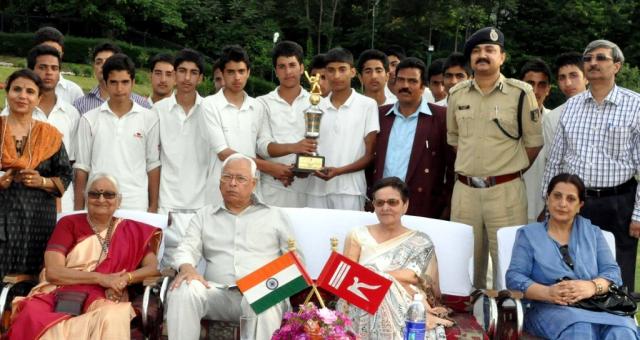 The match was organised by Guild of Service and Rahat Ghar, and was sponsored by the National Foundation for Communal Harmony.

The purpose of the cricket match was to facilitate building of an atmosphere of peace and communal harmony in the state as envisioned by Guild of Services, which is a National Voluntary Development Organisation working for empowerment of women and children and running shelter homes in (Rahat Ghar) and other parts of the country.

Faizan from won man of the match award, the best bowler trophy was bagged by shobham from and Sami-u-llah of CRPF trained team won the trophy of best batsman.

Mohini Giri, on the occasion, lauded the efforts of Secretary, NFCH, and administration of for providing their cooperation in organising the cricket matches. The presentation ceremony concluded with a one minute silence observed in memory of those children who lost their lives in last year violence in the valley.